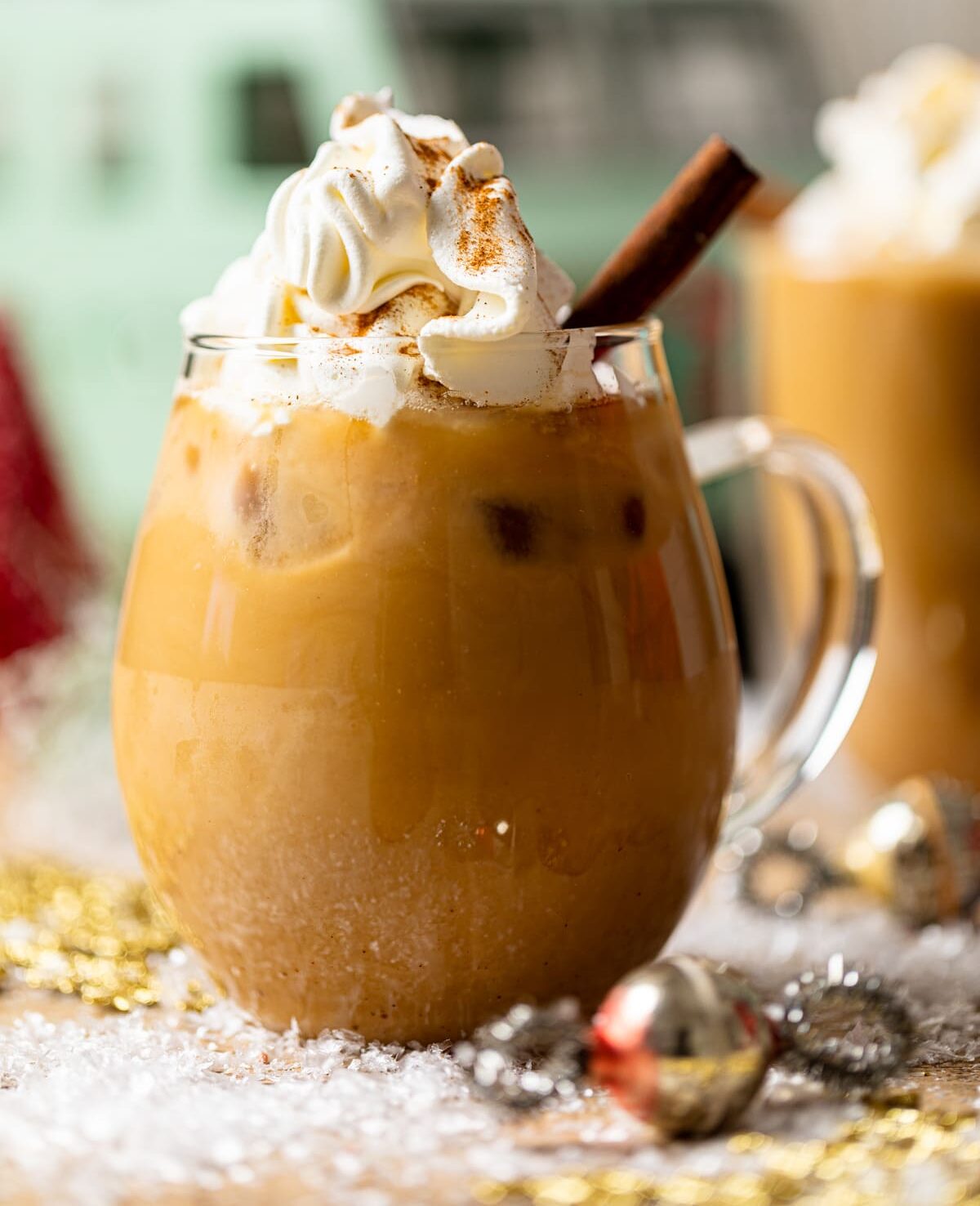 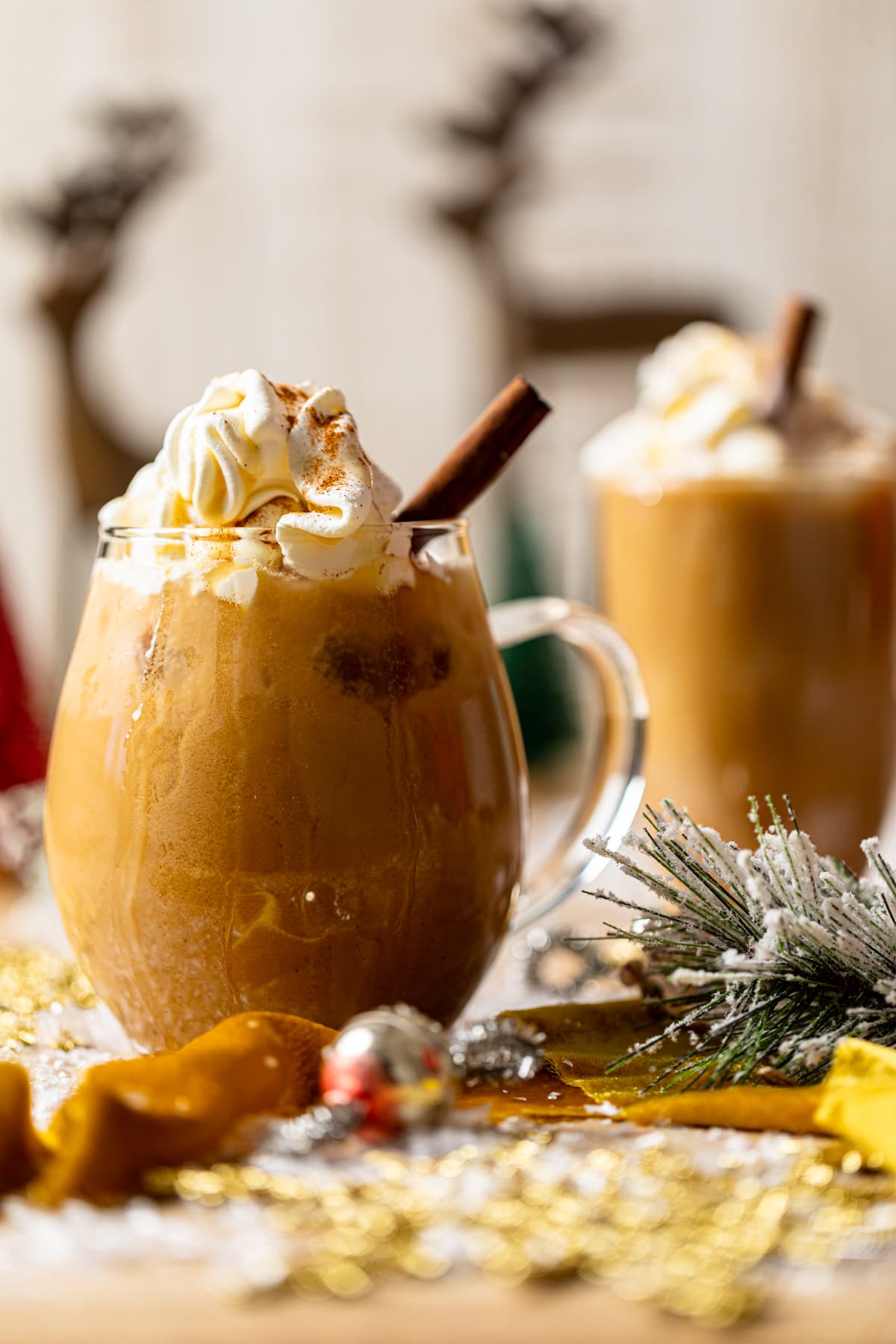 If you're like me and love to start your day with an iced coffee, you're going to love this creamy oat milk drink. It's made with cold brew for an extra caffeine kick and has a sweet homemade maple cinnamon syrup you can use to flavor your morning brew all week long. 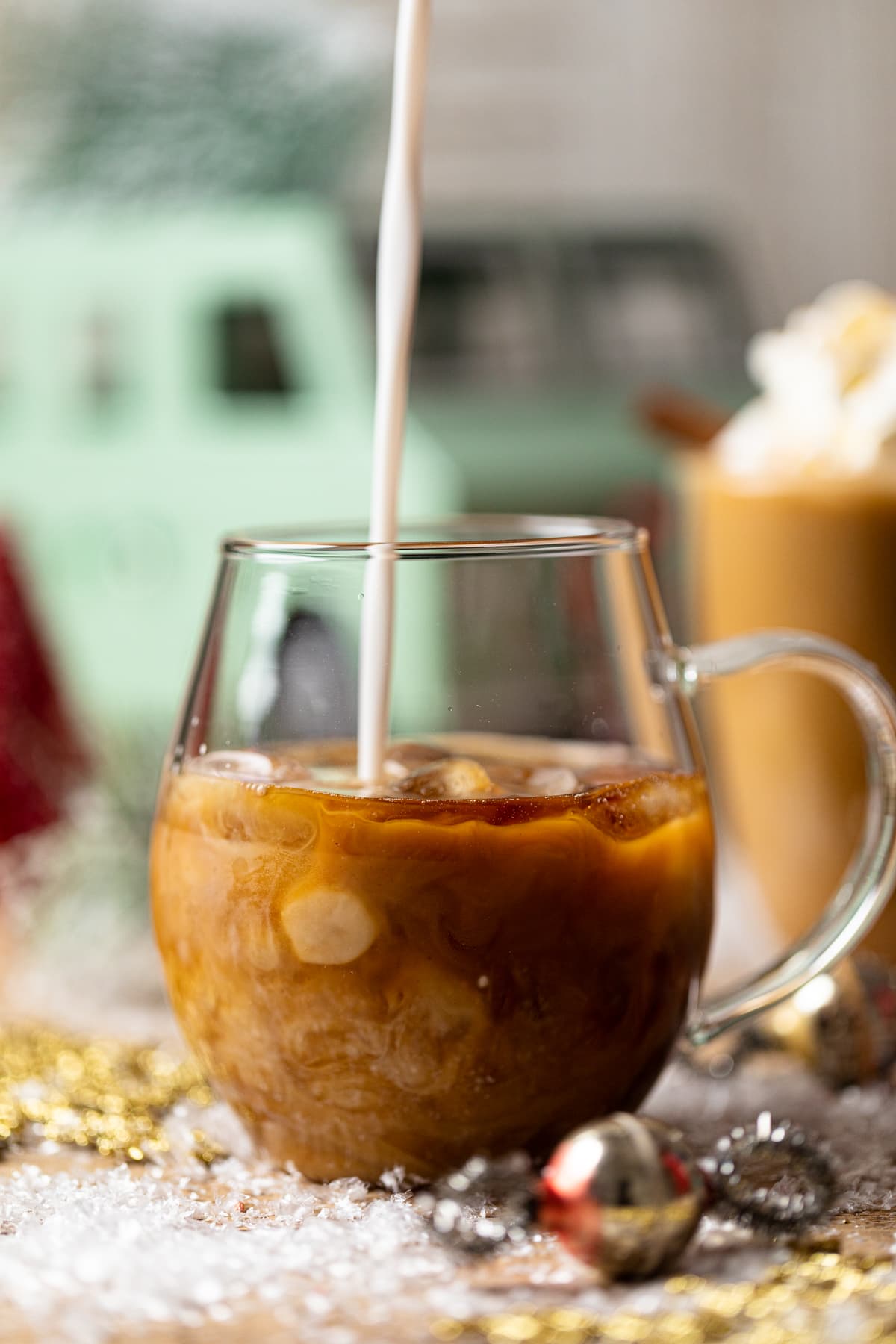 The two components in this simple homemade latte are the maple cinnamon syrup and the coffee. Here's what you need to make the syrup:

To make your lattes, you'll use: 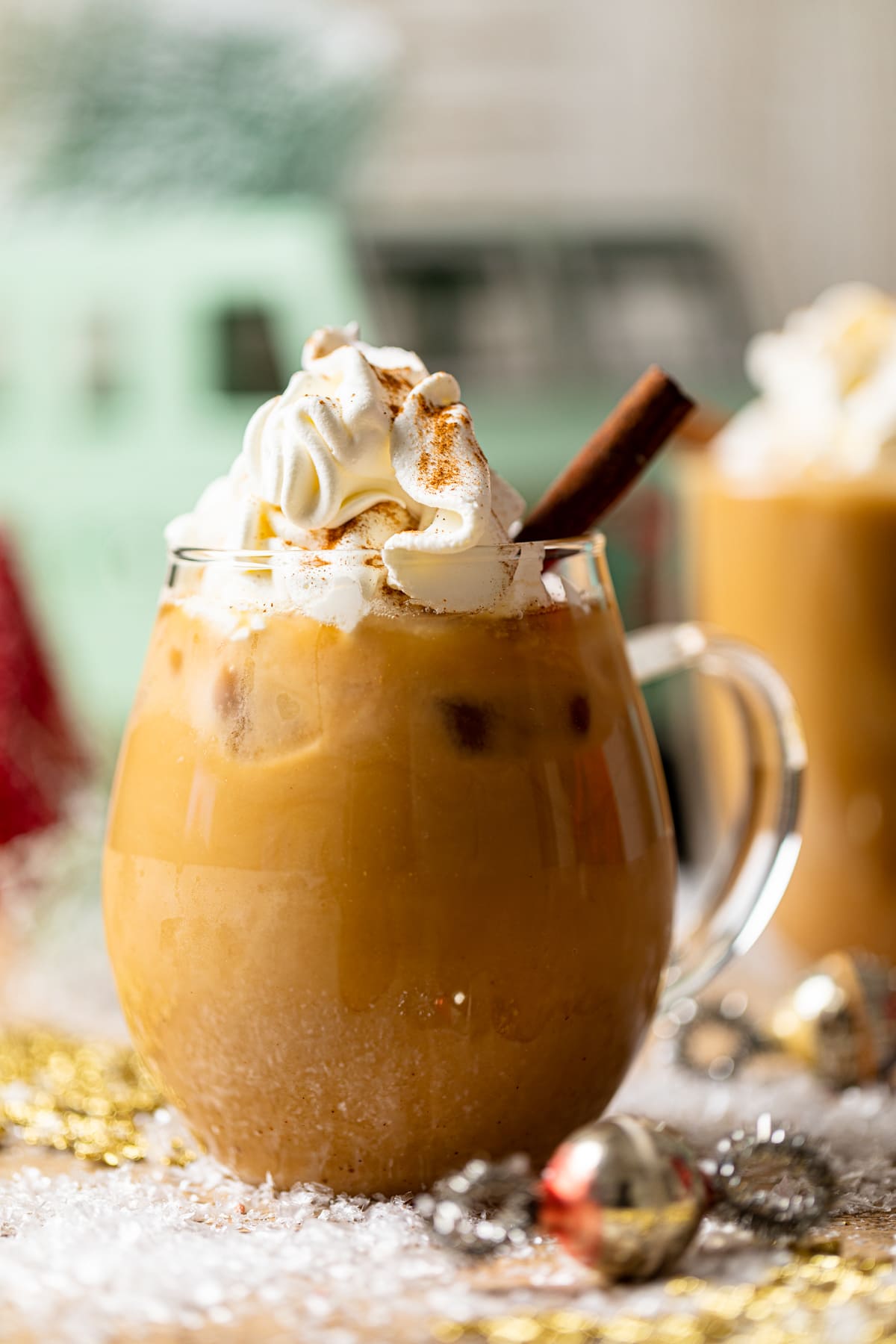 If you want to drink this chilled oat maple latte every morning, it's helpful to have the syrup prepped and ready to go. Once you make and cool the syrup fully, you can store it in an airtight container or glass jar in the fridge for up to a week.

When you're ready to serve, stir the maple cinnamon syrup into your oat milk and add your favorite toppings. Enjoy! 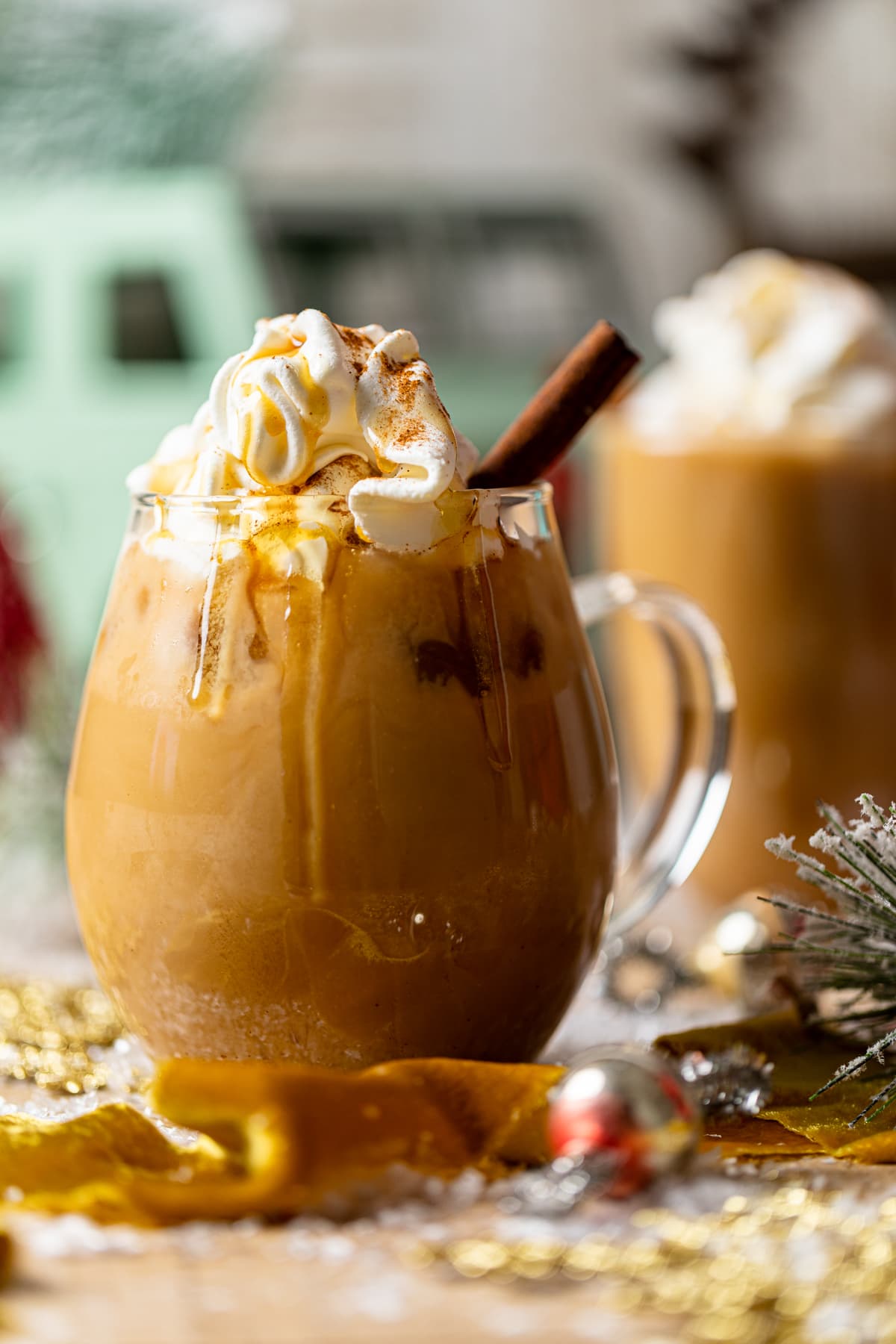 If you make this Iced Maple Cinnamon Oat Latte, tag @orchidsnsweettea_ on Instagram and hashtag it #orchidsandsweettea!

No ratings yet
This cooling and sweet Iced Maple Cinnamon Latte is made with homemade syrup and oat milk for a delicious dairy-free drink.
Prep Time: 5 mins
Cook Time: 5 mins
Total Time: 10 mins
Serves: 1 serving
Print It Pin It

TO MAKE THE MAPLE CINNAMON SYRUP: 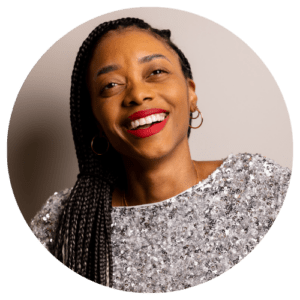 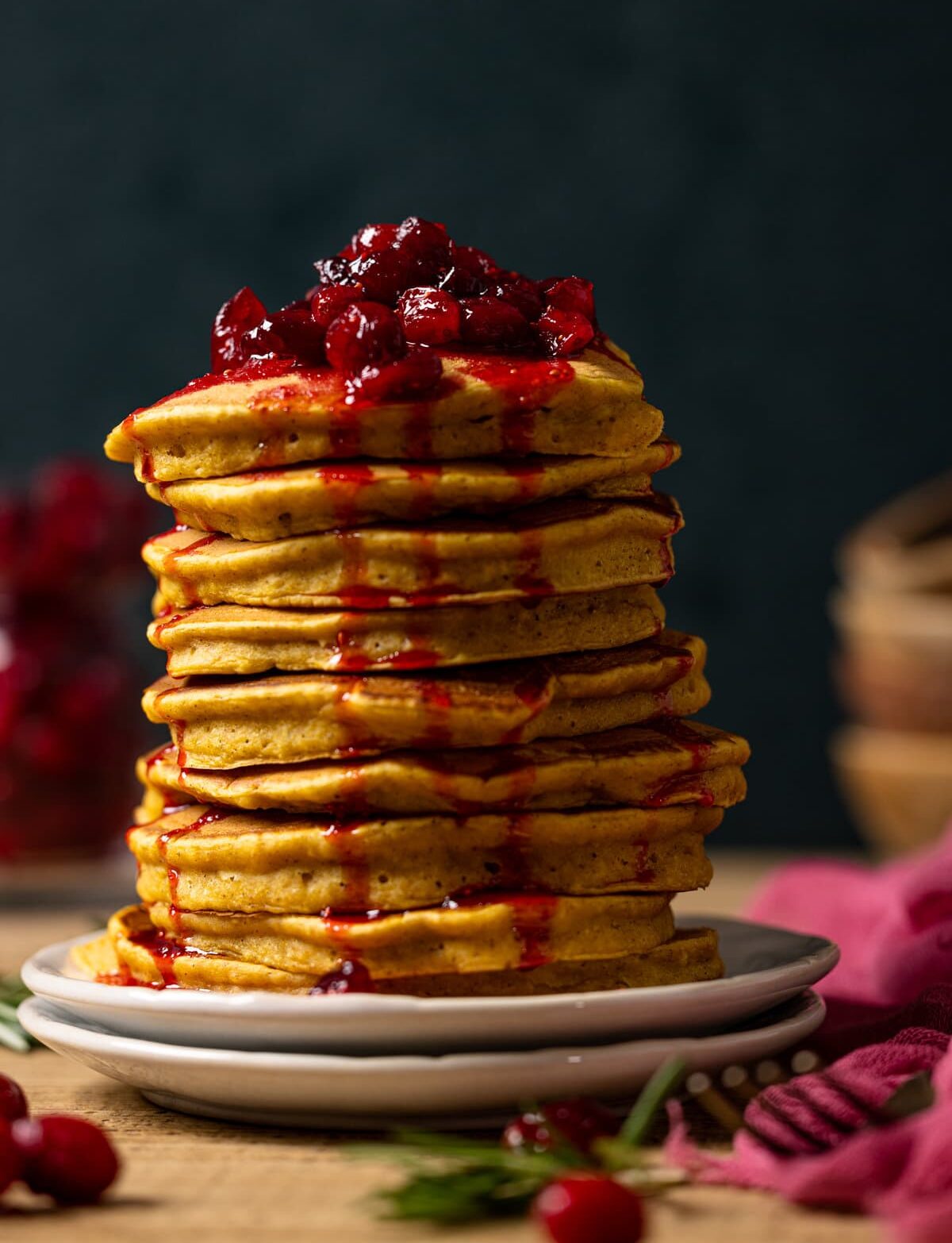