So, you know that my heart lies in the South! I’ve been a Florida girl my whole life and while I’ve resided in NYC for quite some time, I’ve always stayed true to my good ole’ southern roots. 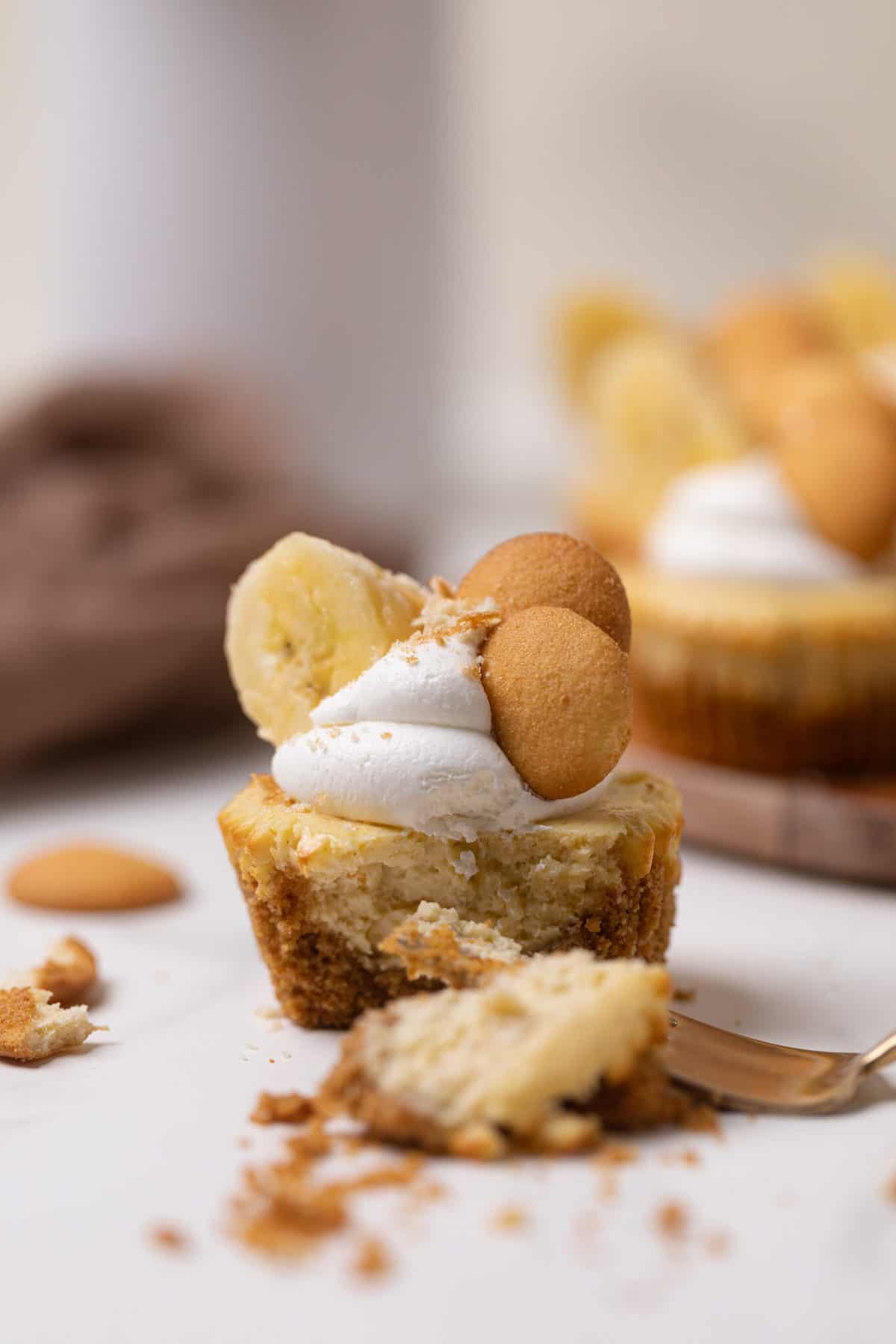 And if you’ve followed my blog for a while, you may know that I LOVE BANANA PUDDING! I can’t get enough of the creamy, fluffy texture and custardy banana flavor. It always brings me back to growing up in the south.

However, since cutting back on the amount of dairy I eat, I haven’t indulged in my favorite dessert nearly as much as I’d like to.

And while there are some great vegan options available to make banana cheesecake, this just is one of those recipes that I’m stubborn to change in a major way. It’s probably because my love for Southern-style banana pudding dates back to my childhood. This was one of the best sweet treats my Grandmother made, always before we enjoyed a night under a stack of fluffy blankets watching a movie. 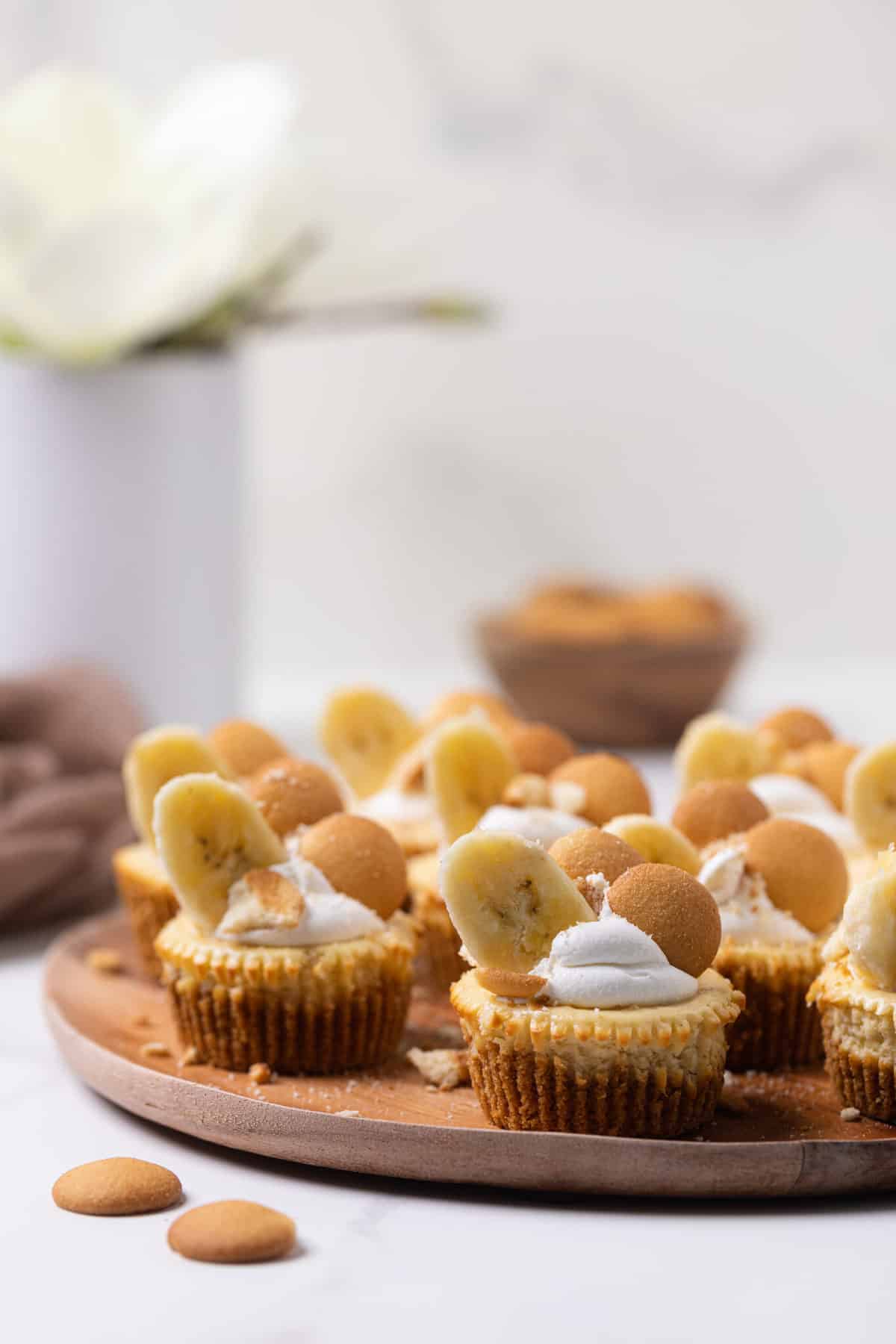 She usually whipped up signature banana pudding with the instant pudding mix (which I’ve still used to this day) and loaded it up with sliced bananas and Nilla wafers. YUM! I always loved the extra Nilla wafers tucked away in each layer. And of course, we never forgot the whipped cream on top.

Today’s recipe for Southern-style banana pudding cheesecake bites is my way of honoring my grandma’s recipe. I’ve put my own spin on it by turning fluffy pudding into dense cheesecake bites with a crunchy gingersnap crust. The one thing that I’ll never skip, however, is still the whipped cream topping.

And now it’s my turn to pass this recipe on to my little guy and all of you. I hope you enjoy this treat as much as I do. 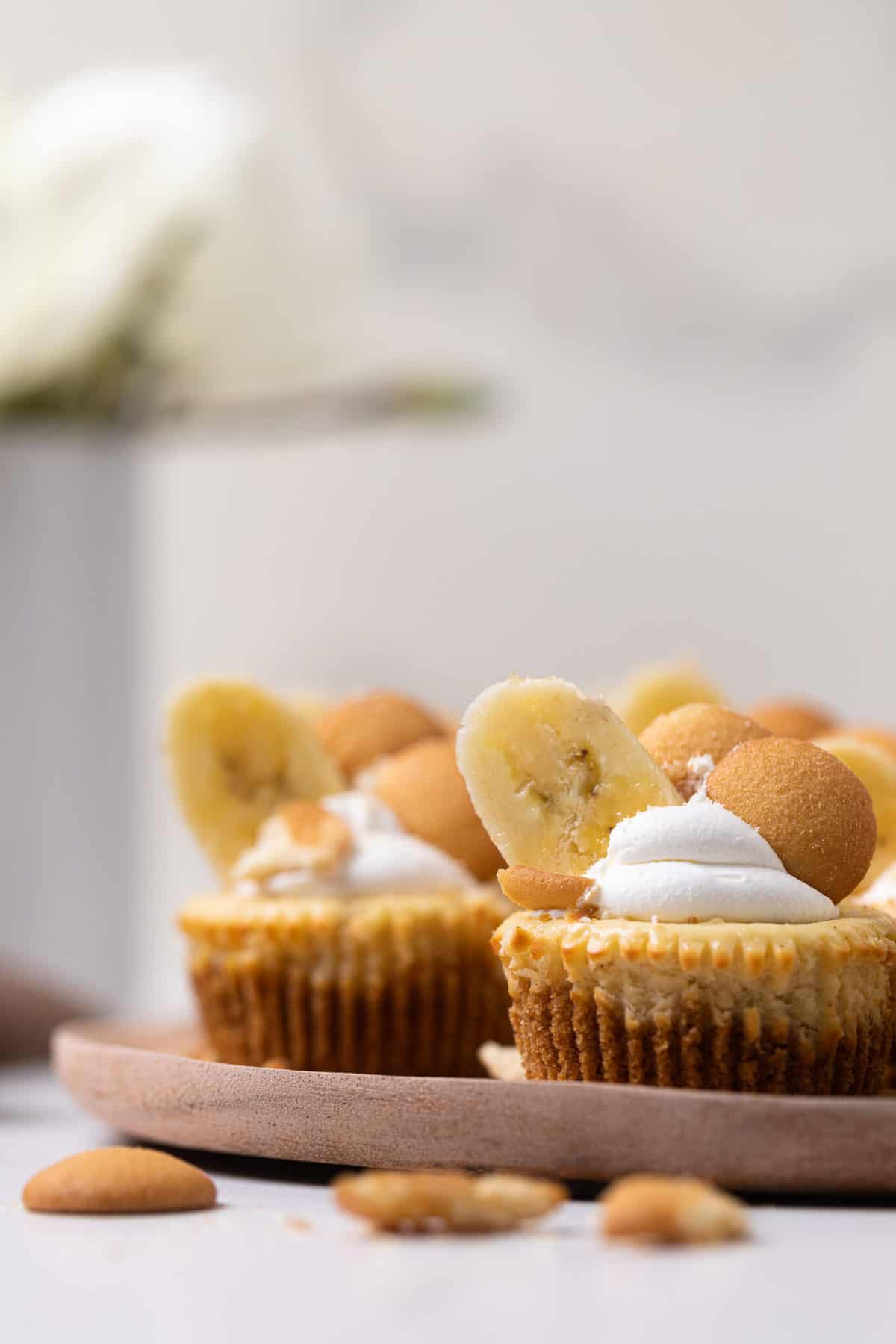 While this recipe is a bit different from the typical instant pudding mix recipe, it’s still a fairly simple recipe to follow. It’s also a great opportunity to get your kids in the kitchen! They can have fun preparing the no-bake crust and mixing up the banana cheesecake filling.

Here are the ingredients for all three layers of this decadent homemade dessert: 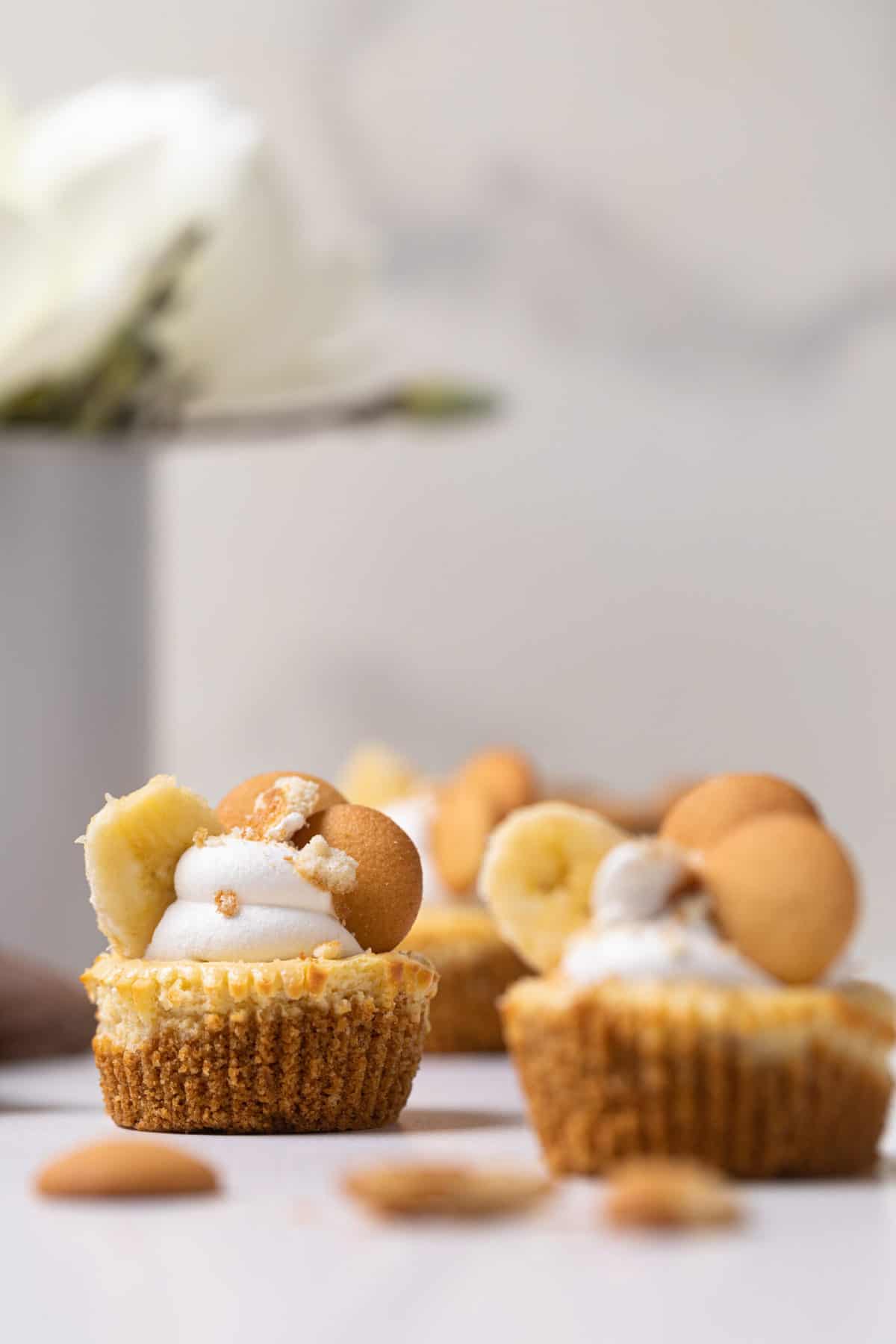 While vanilla wafers are certainly the more traditional cookie to pair with Southern-style banana pudding, I love the addition of some spice from ginger snaps.

The cookies are crisp and full of warming ginger and cinnamon flavor. I find that this is the perfect balance to rich sour cream cheesecake and sweet bananas.

Ready to start making these delectable banana pudding cheesecake bites? Here’s how to do it:

Start by breaking down the nilla wafers and graham crackers into a very fine meal. A food processor is the easiest way to do this. However, for a bit of fun, you can smash the cookies in a zip-top bag with a measuring cup or rolling pin. Ultimately, the cookies should have a uniform consistency, though a few larger chunks are ok.

Next, blend up the cookie/crackers with sugar and melted butter to combine and divide the cookie crust between cupcake liners. Then bake these for about 5 minutes so they’re set but not browned on top. This par-baking step helps keep your crust firm, not soggy.

This is a simple matter of beating together the ingredients until you have a light, fluffy and uniform mixture. I recommend using an eclectic mixer for this job. However, you can also use a whisk and some elbow grease if you don’t have a mixer.

Next, divide the filling between the cooled baked crusts in the cupcake liners and return them to the oven. The cheesecakes bake for 1 to 20 minutes, or until the center is set and the edges are just starting to turn golden brown.

Instead of immediately removing the cooked cheesecake bites from the oven, turn off the oven and let them sit for 5 minutes. Then open the oven door and leave the banana pudding cheesecake bites inside for 15 to 20 minutes. This lets the cakes cool slowly to prevent cracks.

The final step in this recipe is to cover each cake with a tower of homemade whipped cream, banana slices, and Nilla wafers.

To make the fluffiest whipped cream, place the mixing bowl and beaters in the freezer for a few minutes before you start mixing. The cold will help the cream maintain its stiff texture. Also, be sure to let the cheesecake bites cool in the fridge before adding any toppings.

Chilling the cheesecakes in the fridge also lets the cake firm up and set fully so you’ll have a dense, most texture that holds its shape, rather than falling apart.

If you’re looking for more cheesecake-inspired recipes, then try these next:

STORAGE: Leftover Cheesecakes can be stored (tightly wrapped) in the refrigerator for up to 5 days. For best results, keep cheesecakes in the freezer until the night before you’re ready to serve. Defrost by refrigerating. WHIPPED CREAM: If you decide not to make your own whipped cream, feel free to substitute with Coolwhip!

That’s my Southerner’s Banana Pudding Cheesecake Bites for ya! Cheesecake, anyone?