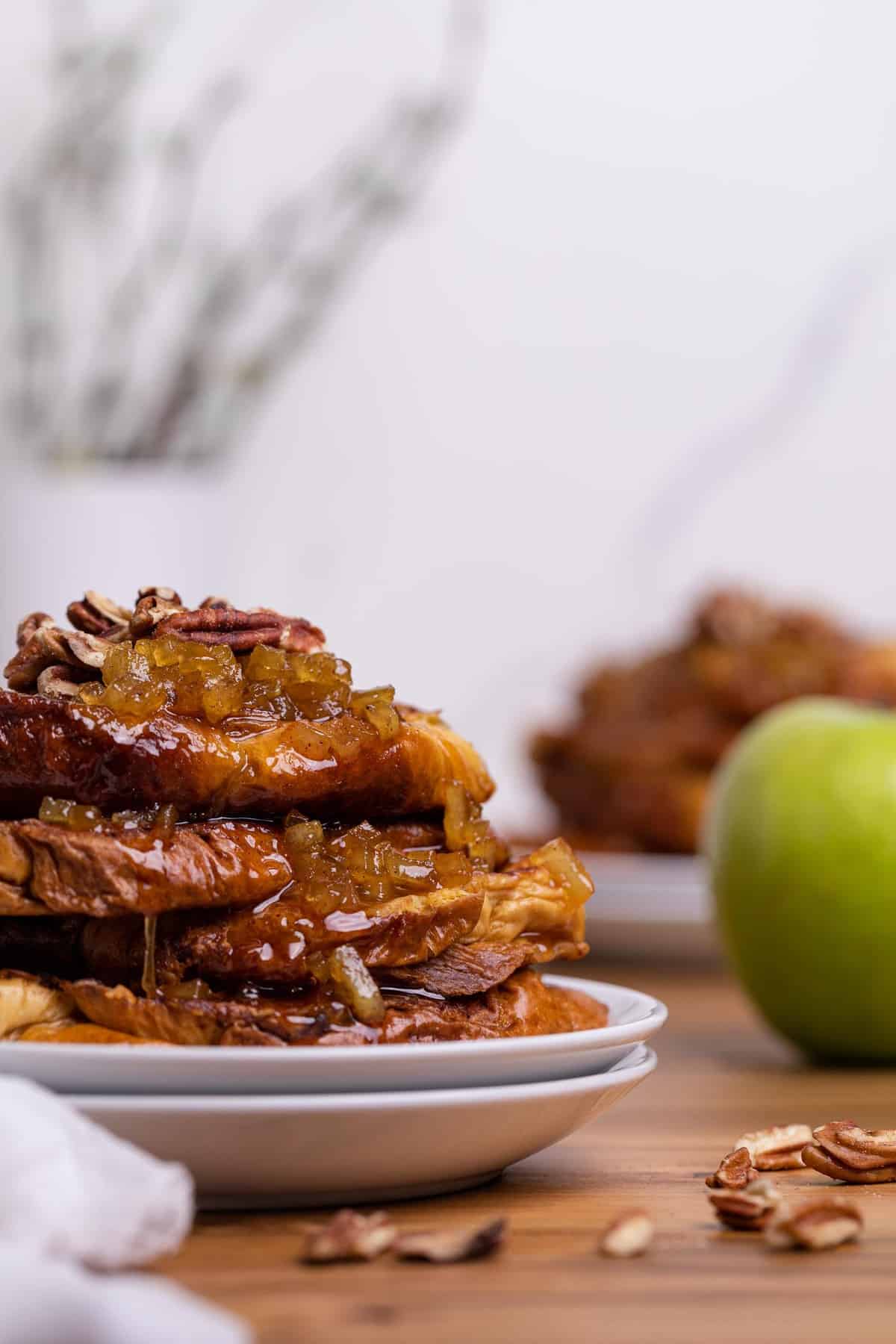 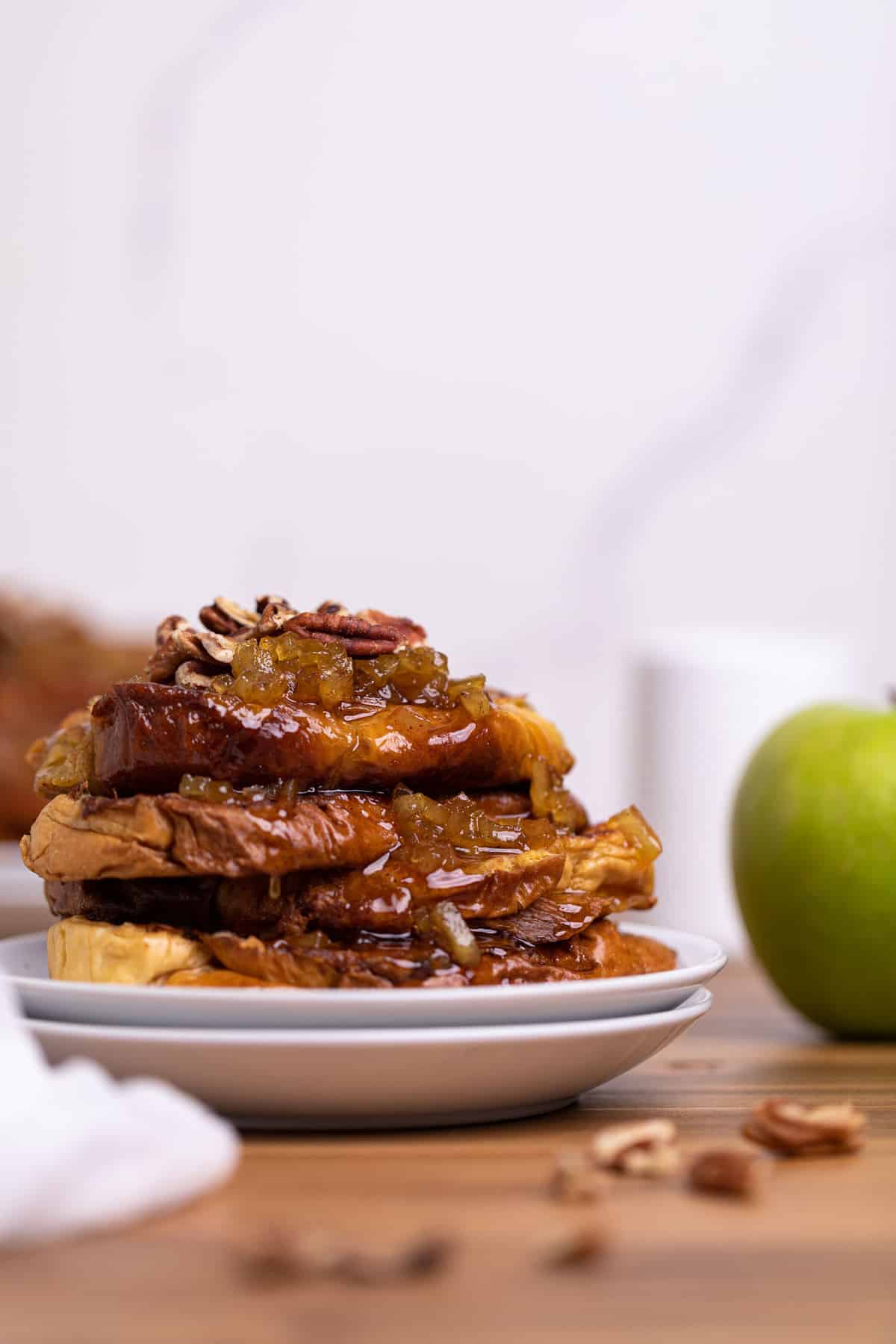 I love a celebratory breakfast recipe. Whether it's vegan sticky buns for Christmas morning or a Southern Caprese Biscuit Breakfast Strata in the summer, there's no better way to start the day than with a festive homemade breakfast.

And this recipe for caramelized apple French toast falls right into that category. It features golden-brown slices of custardy toast topped with a simple and delicious caramelized apple compote. You can serve this breakfast before a special holiday or on a regular weekday morning, it's that easy to make. 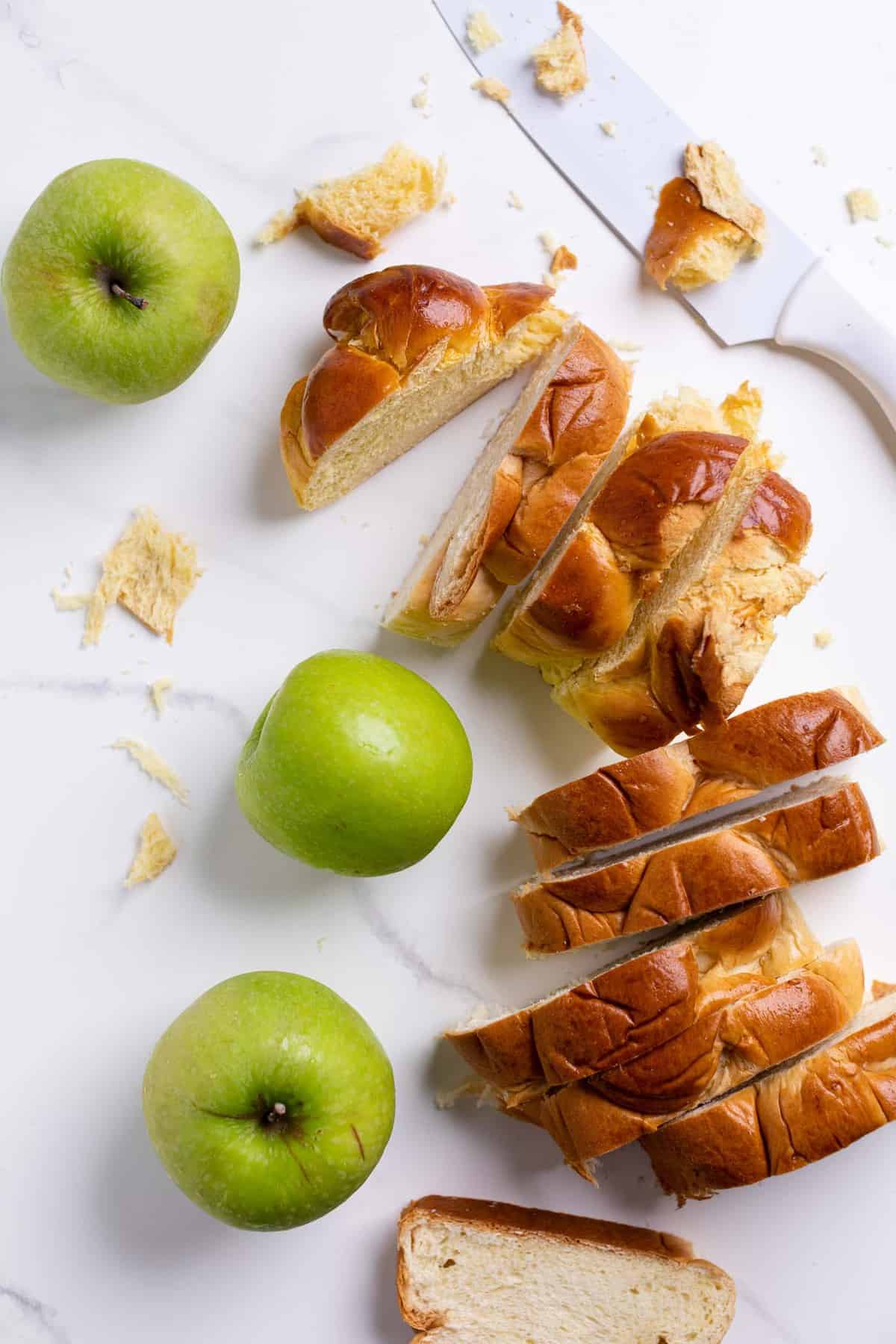 The key to the best French toast is to use fluffy bread like brioche or challah, and bonus points if it's a day old and a bit stale. It soaks up the eggy custard even better this way. 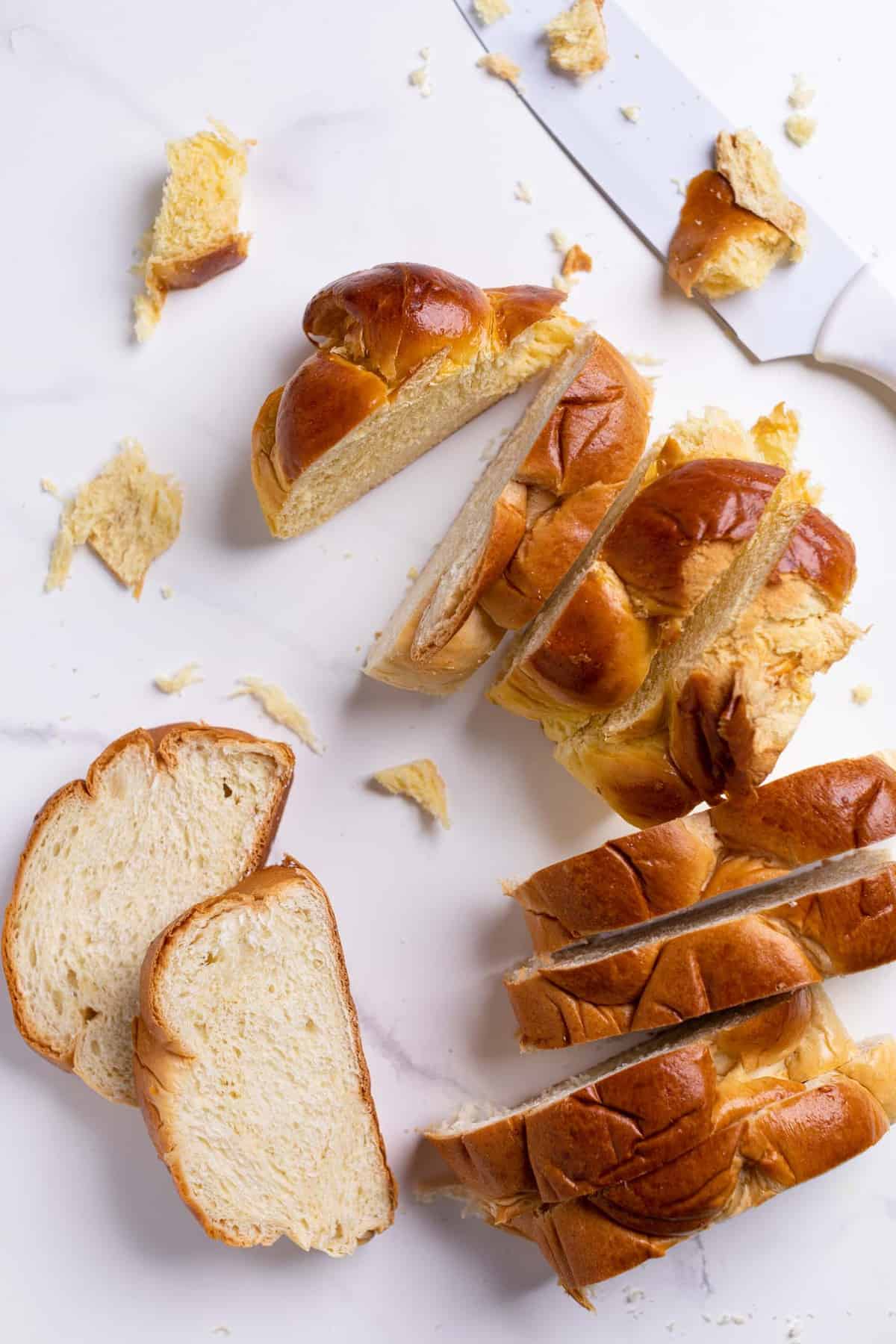 The ingredients for this classic French toast recipe are pretty straightforward. During apple season, you probably already have most of them on hand.

If you haven't made caramelized apples before you're in for a treat. This is a simple way to mimic the sweet, melty flavors and textures of apple pie filling. And you can use caramelized apples on everything from French toast to my Chia Oatmeal Porridge.  It's also delicious spread simply on toasted and buttered bread, pancakes, waffles, or served with a bit of whipped cream for dessert.

Plus, they're quick and easy to make. Simply saute the diced apples in melted butter with brown sugar, maple syrup, and warming fall spices.

Quickly, the apples will release alot of their liquid and the natural pectin in the fruit will create a sticky, gelled sauce that's spoonable, golden brown and totally delicious.

You can easily make this recipe vegan and/or gluten-free. To make gluten-free apple french toast, simply use your favorite gluten-free bread (remember, the fluffier, the better).

You can make this dish as simple or as decadent as you like, when it comes to toppings. for a simple, crunchy garnish that's perfect with the fall apple flavors, I love chopped pecans.

Here are some other tasty toppings for your apple toast:

BREAD: Instead of brioche bread, you can also use vegan challah or ciabatta bread or any other rustic bread. In most cases, day old bread works best! VEGAN BRIOCHE: To make your own vegan brioche bread, see my latest recipe. 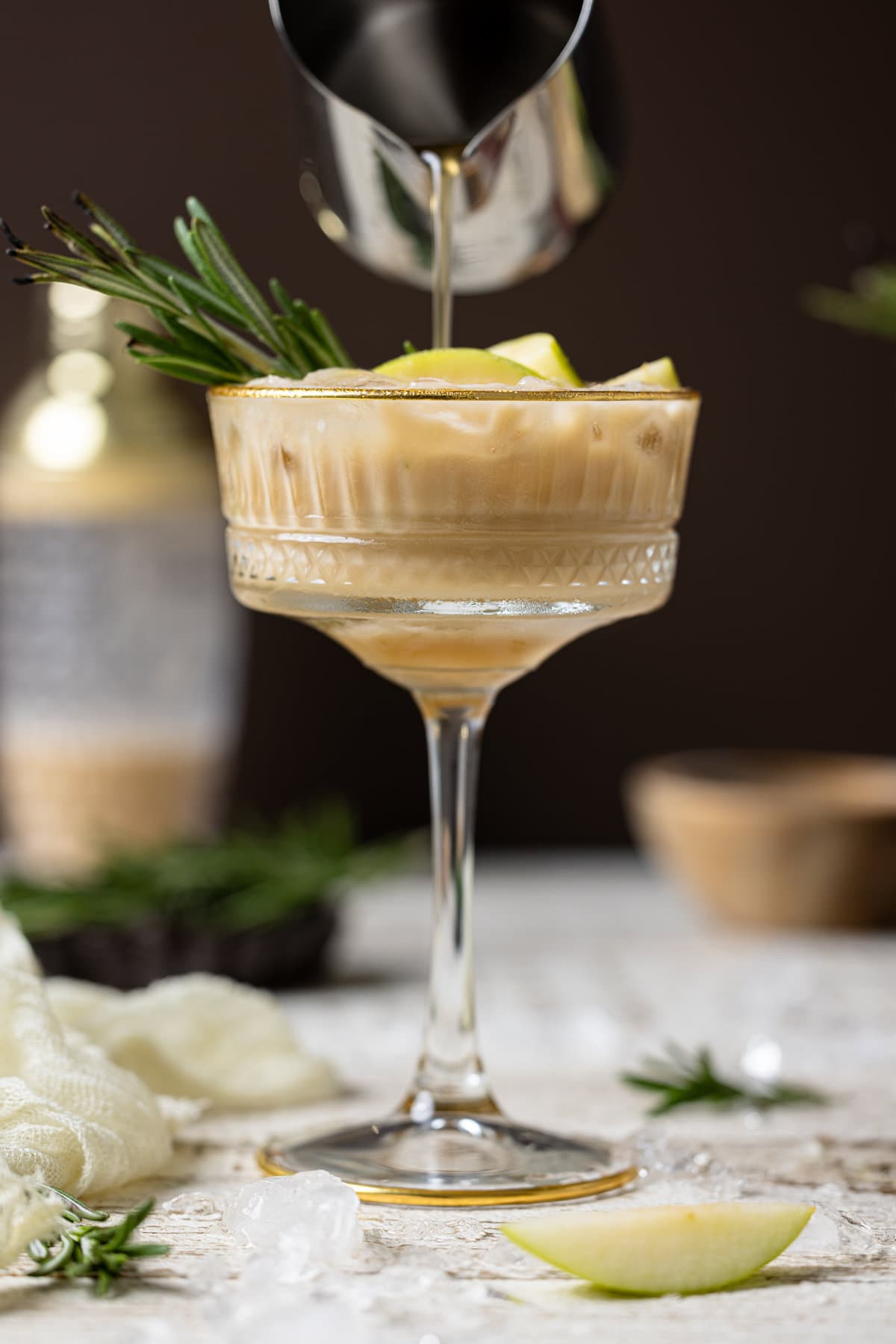