This Maple Vegan Pumpkin Pie is not too sweet, full of warming spices, and topped with a crumbly pecan and walnut crust. This pie is a perfect holiday baking recipe for Thanksgiving! 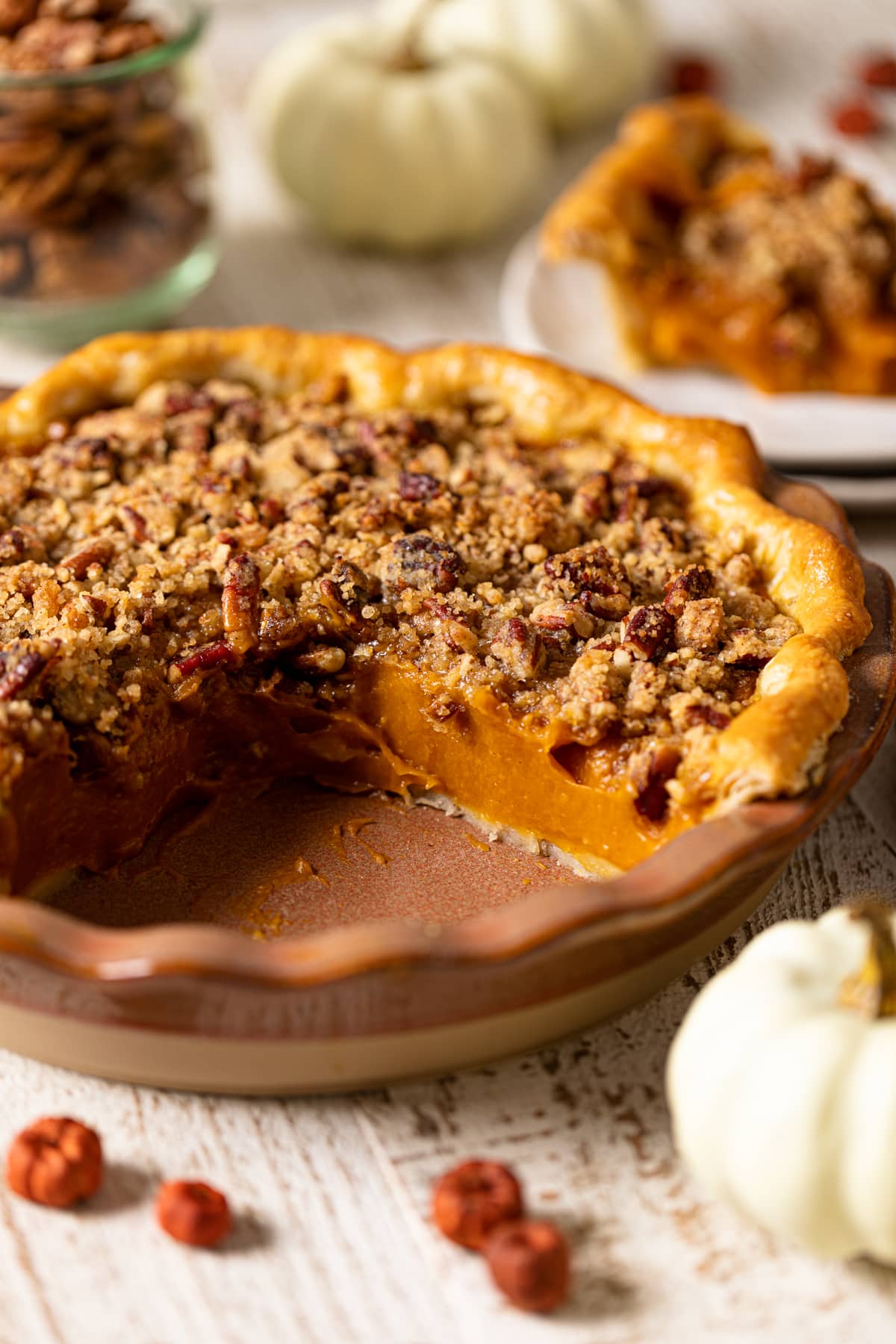 I’m so excited to be having Pumpkin 2.0 Week on Orchids + Sweet Tea this year, especially since last year’s Pumpkin Week was such a hit! To be honest, this year’s recipes will be that much more bold and filled with both savory + sweet.

The interesting thing is that most people LOVE pumpkin, but never imagine how amazing it is in savory dishes because desserts and drinks are always at the forefront of everything Pumpkin Spice. But if you’re intrigued with something savory + pumpkin lush—–then my recent Cajun Veggie Pumpkin Pizza is a MUST!

OK, so can I be honest? Making pumpkin or sweet potato pie is a bit challenging.

While sweet potato pie is my absolute favorite kind of pie, this vegan pumpkin version is a close runner-up. It has a smooth, creamy pumpkin custard center and a crisp buttery crust with a pecan-walnut topping. If you love nuts, maple and pumpkin, this is the perfect fall dessert for you! It’s great for Thanksgiving, Christmas, or just any regular weeknight. 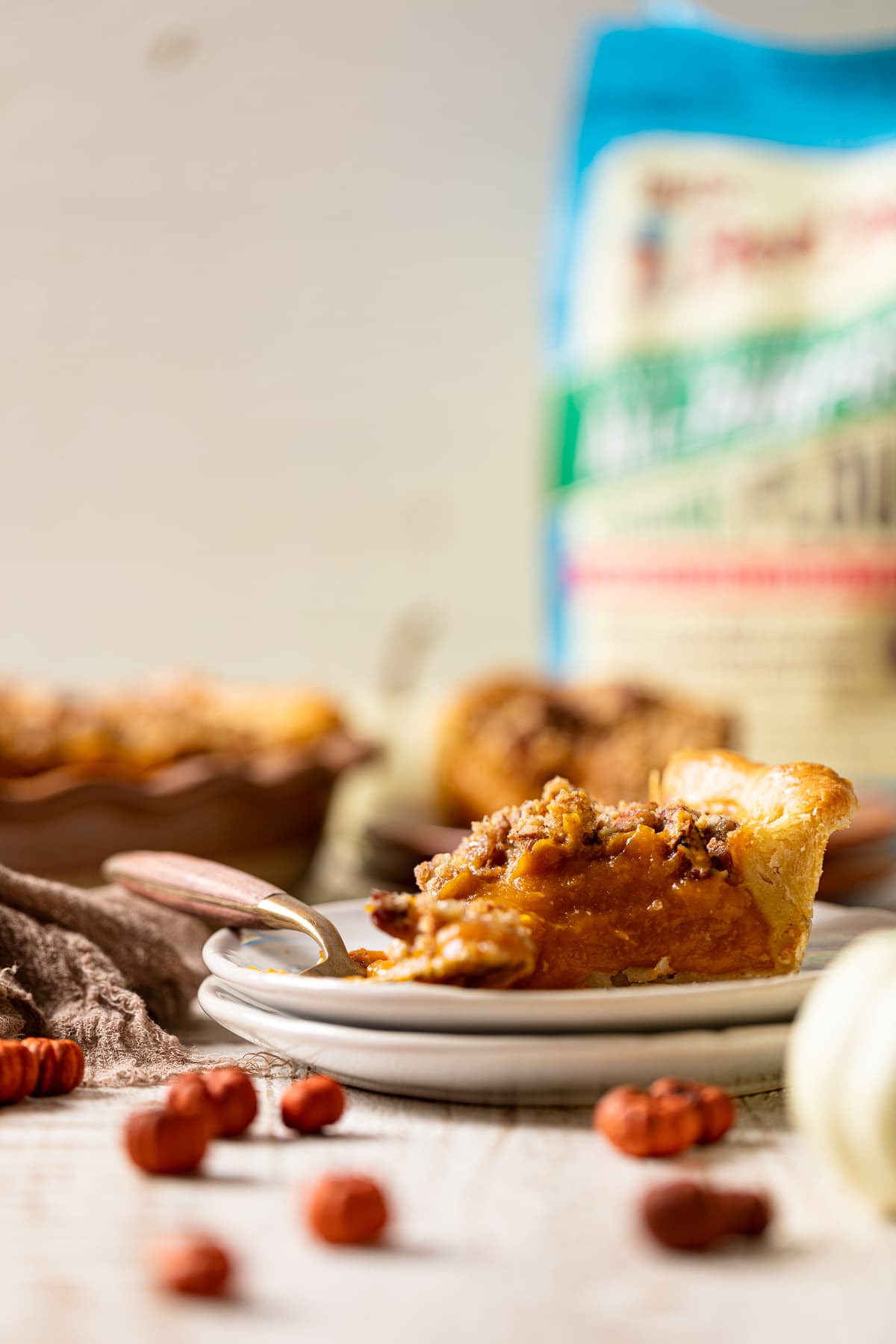 How to Make Vegan Pumpkin Pie

This is a super easy, laid-back pie recipe when it comes to whipping the ingredients together. For the filling, you’ll make a simple pumpkin syrup first. Next, you’ll turn it into a sweet and smooth pumpkin custard to fill your homemade vegan pie crust. Honestly, the filling can be a bit tricky and often times need to “set” for a long time before slicing, so it’s always best to make this AHEAD OF TIME. 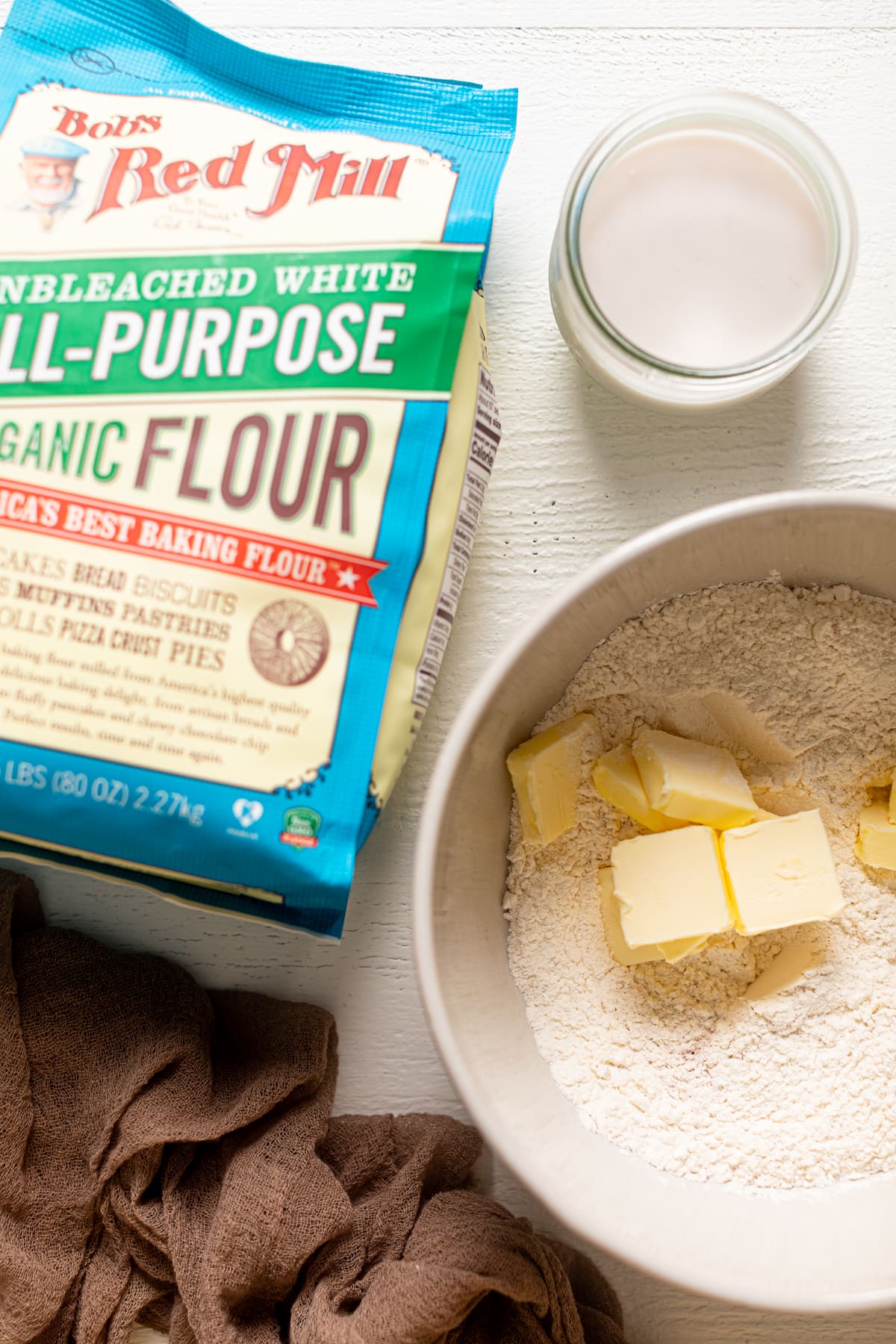 Speaking of crust, I recommend starting the recipe by whipping up the simple pie crust. It’s easy to do and has a delicious buttery flavor and crisp texture. Of course, if you don’t have time, a store-about vegan (or gluten-free) crust will also work. 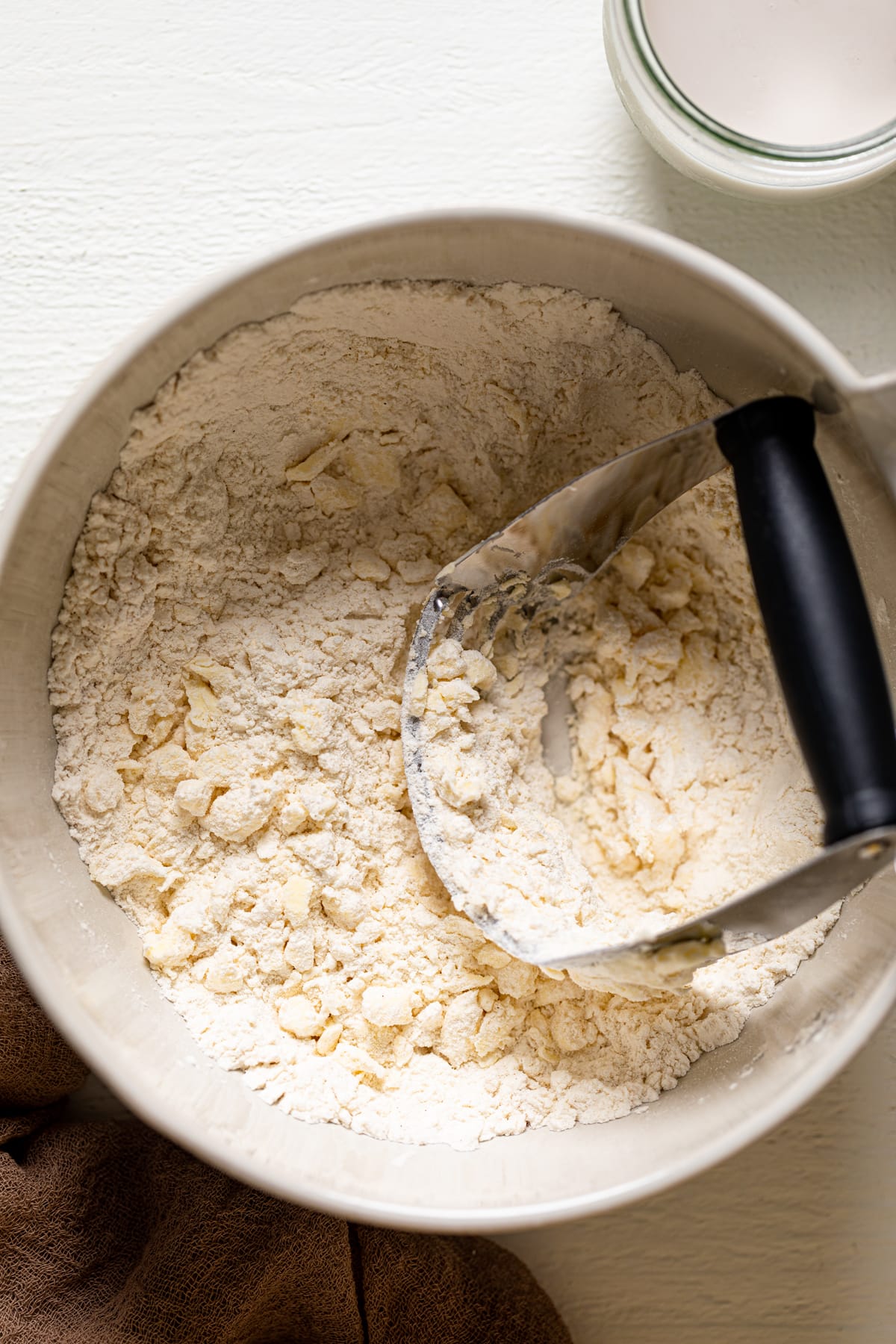 Here’s what you need to make this pie crust: 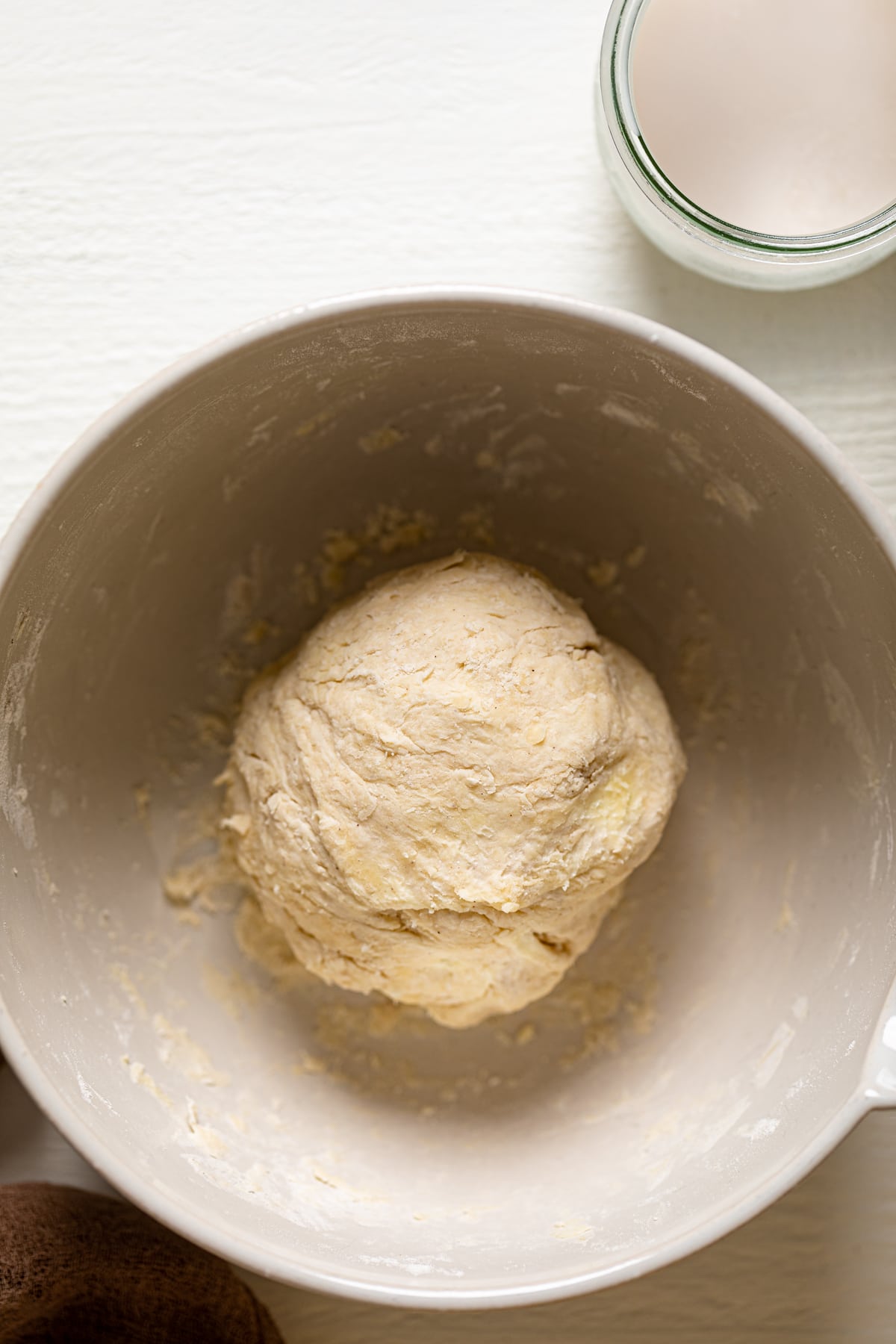 While the pie crust bakes and cools, make the smooth pumpkin filling with these ingredients: 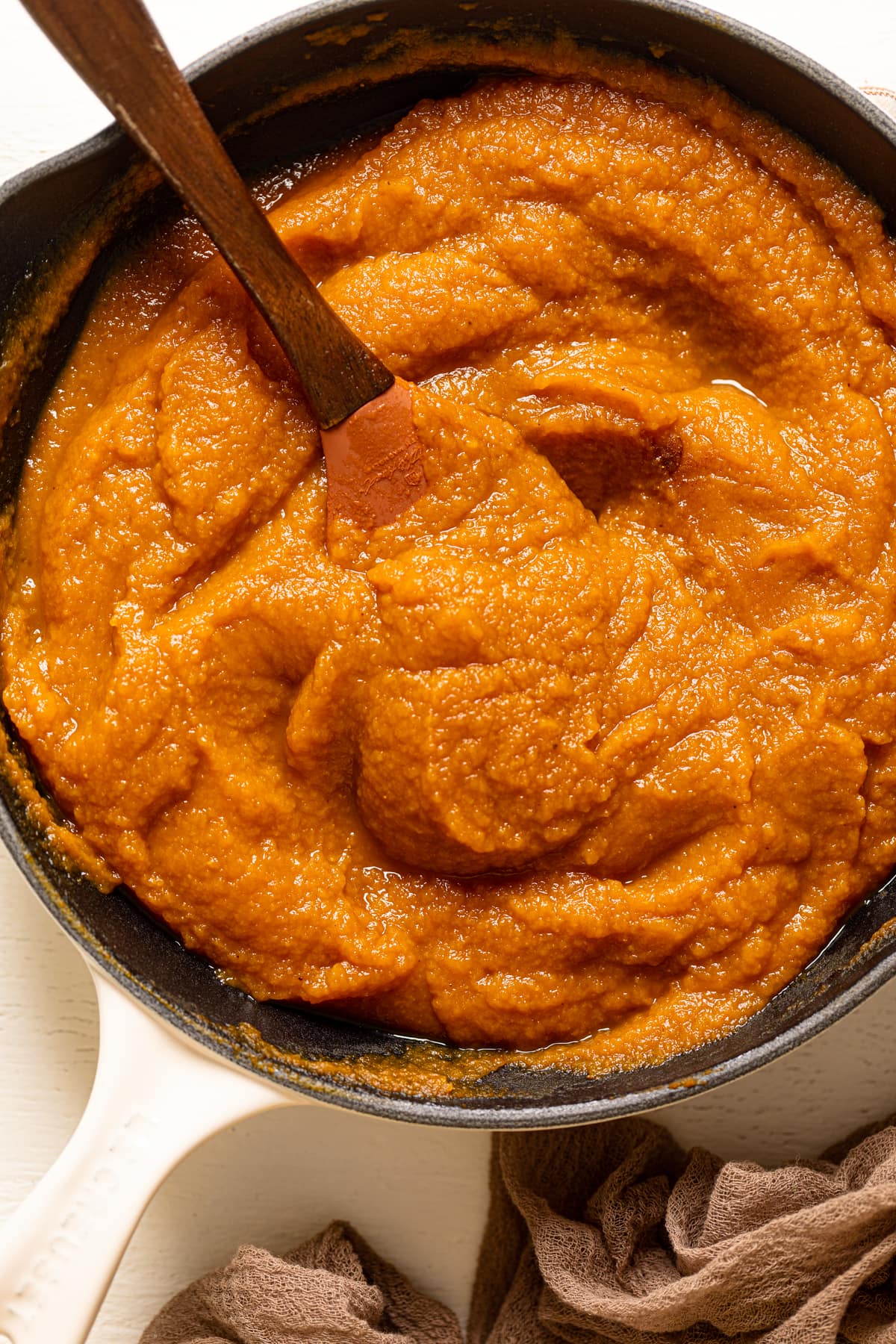 Top off your decadent pumpkin dessert with a crunchy and nutty pecan-walnut crumble. Here’s what you’ll need: 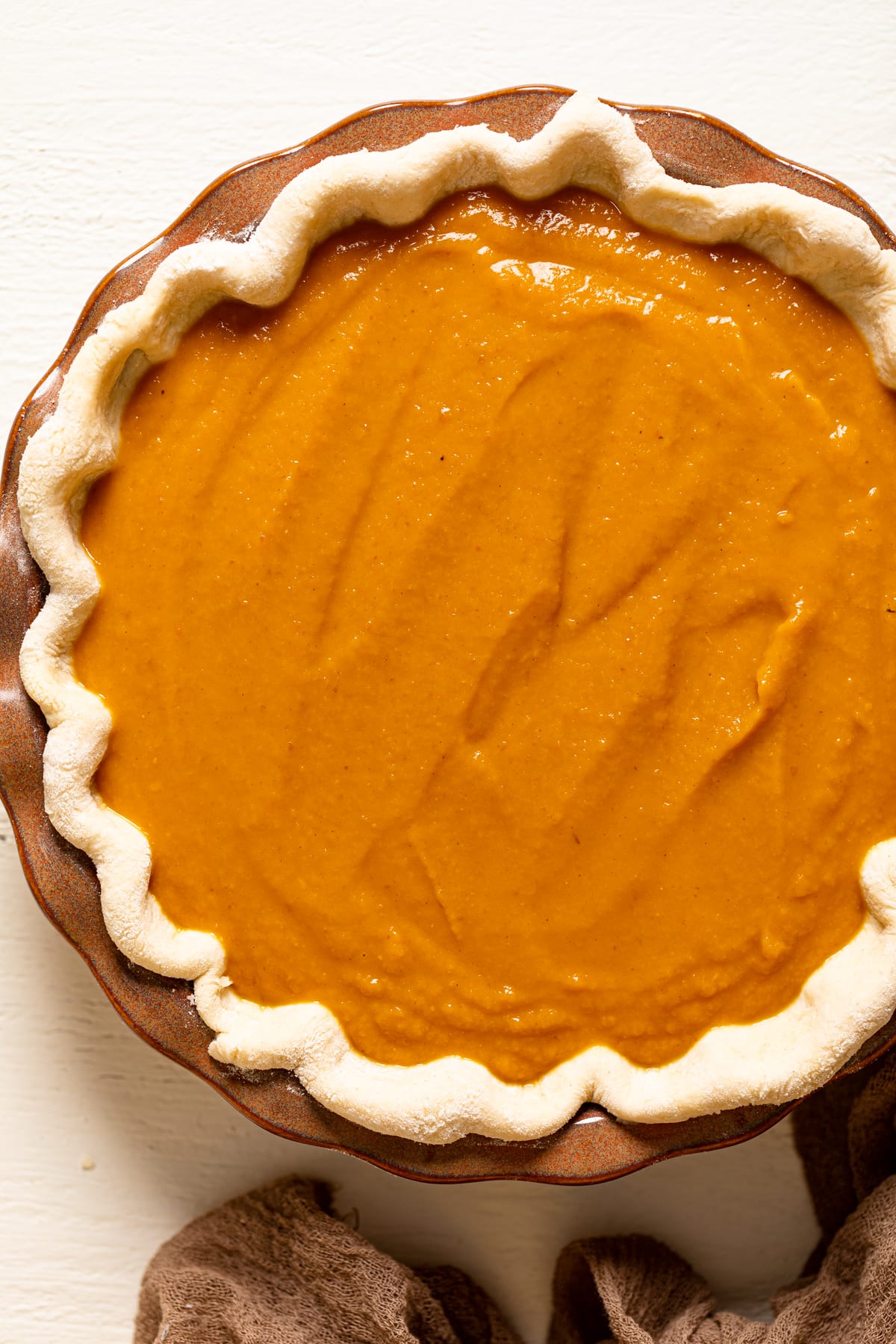 Why Use Organic Flour?

I always use Bob’s Red Mill Organic flour for baking—-it’s my absolute GO-TO! Using organic flour is easier on my digestive system, because I am sensitive to gluten. It is also a very reliable and consistent product, so I’ll always know exactly what to expect from my recipes when I use Bob’s Red Mill flour. When I’m putting so much time and effort into developing baking recipes that work perfectly, it’s important to be able to rely on my ingredients! 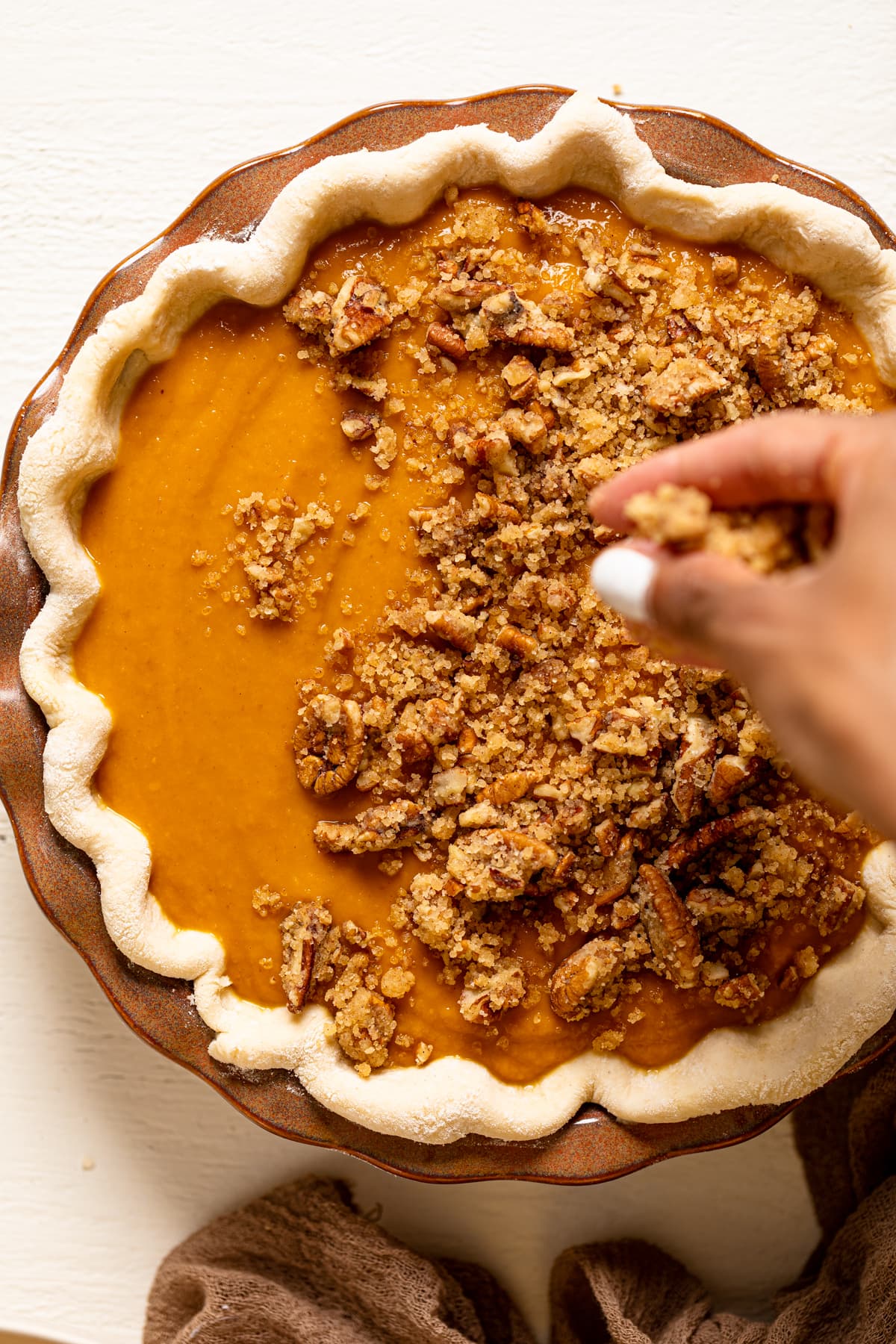 Can I Use Store-Bought Crust?

Certainly. If you end up using a pre-baked crust, simply add the filling and bake the assembled pie at 350°F.  Add the nutty topping during the last 15 minutes of baking. 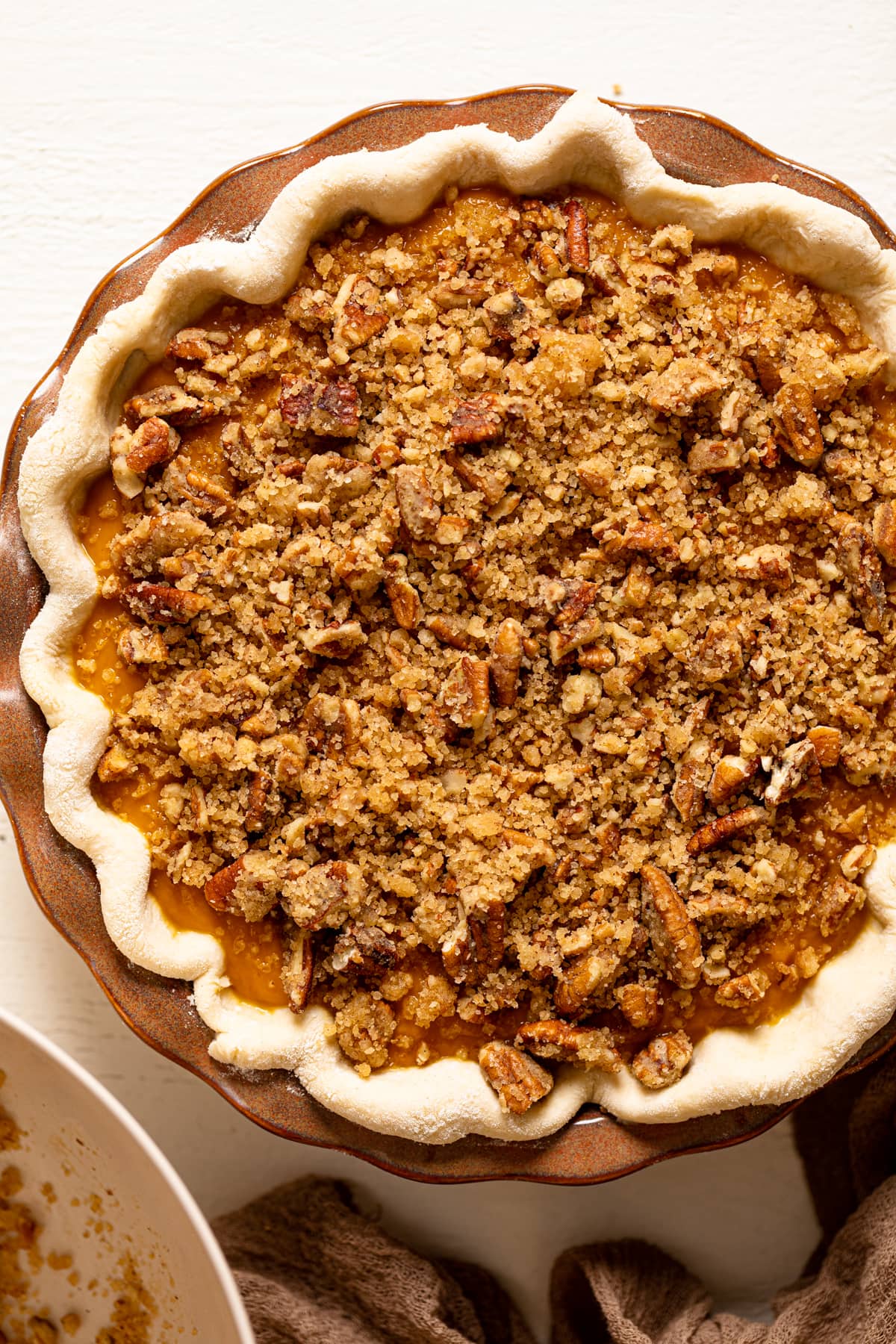 Can I Make Gluten-Free Pumpkin Pie?

Yes, to make this recipe gluten free, substitute the flour with Bob’s Red Mill gluten-free all-purpose flour. Also, reduce the vegan butter to 1 3/4 sticks instead of 2.

To store leftover pumpkin pie, wrap it tightly in plastic wrap and keep in the fridge for up to four days. You can serve the pie cold or heat it in the microwave for a few seconds before serving. 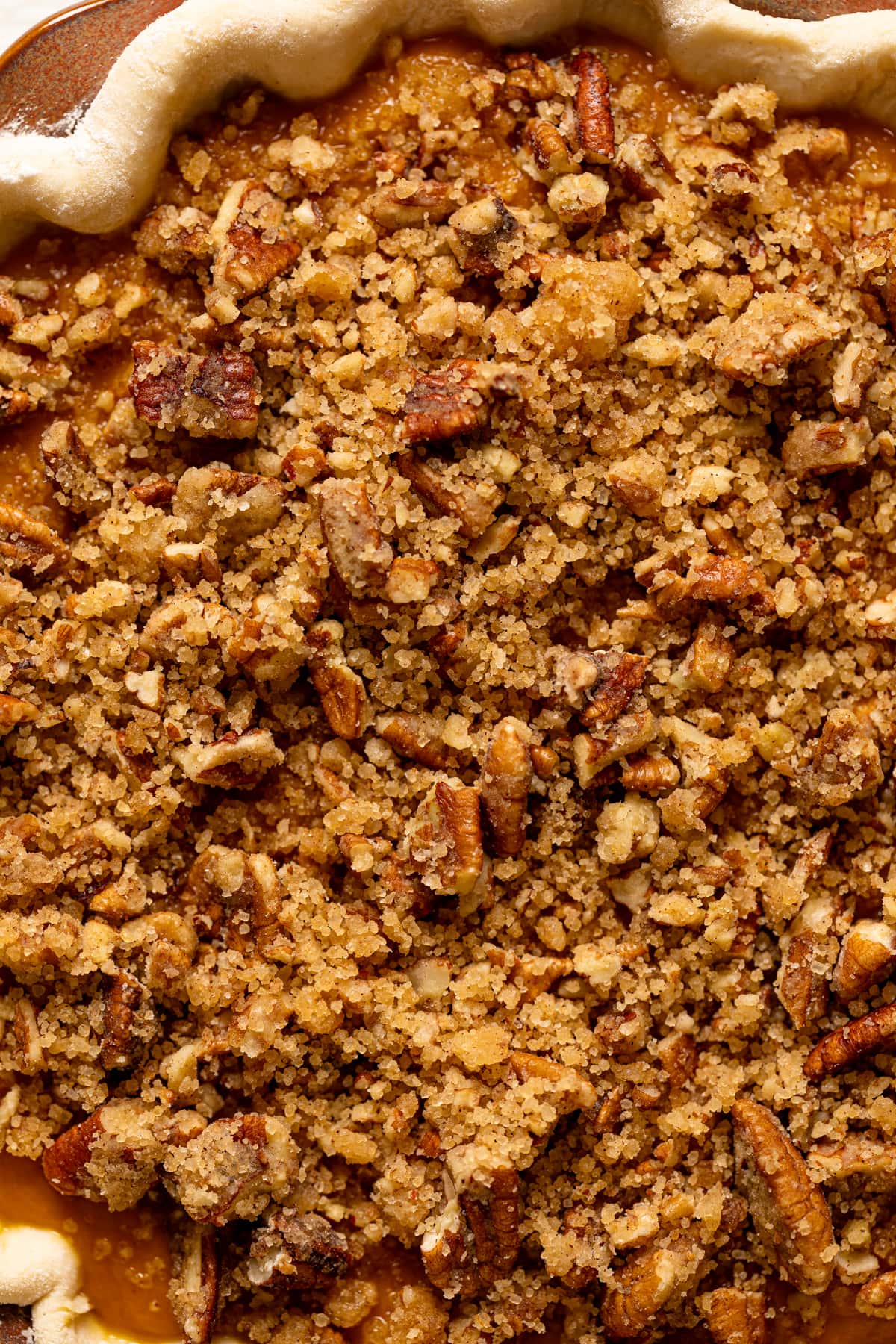 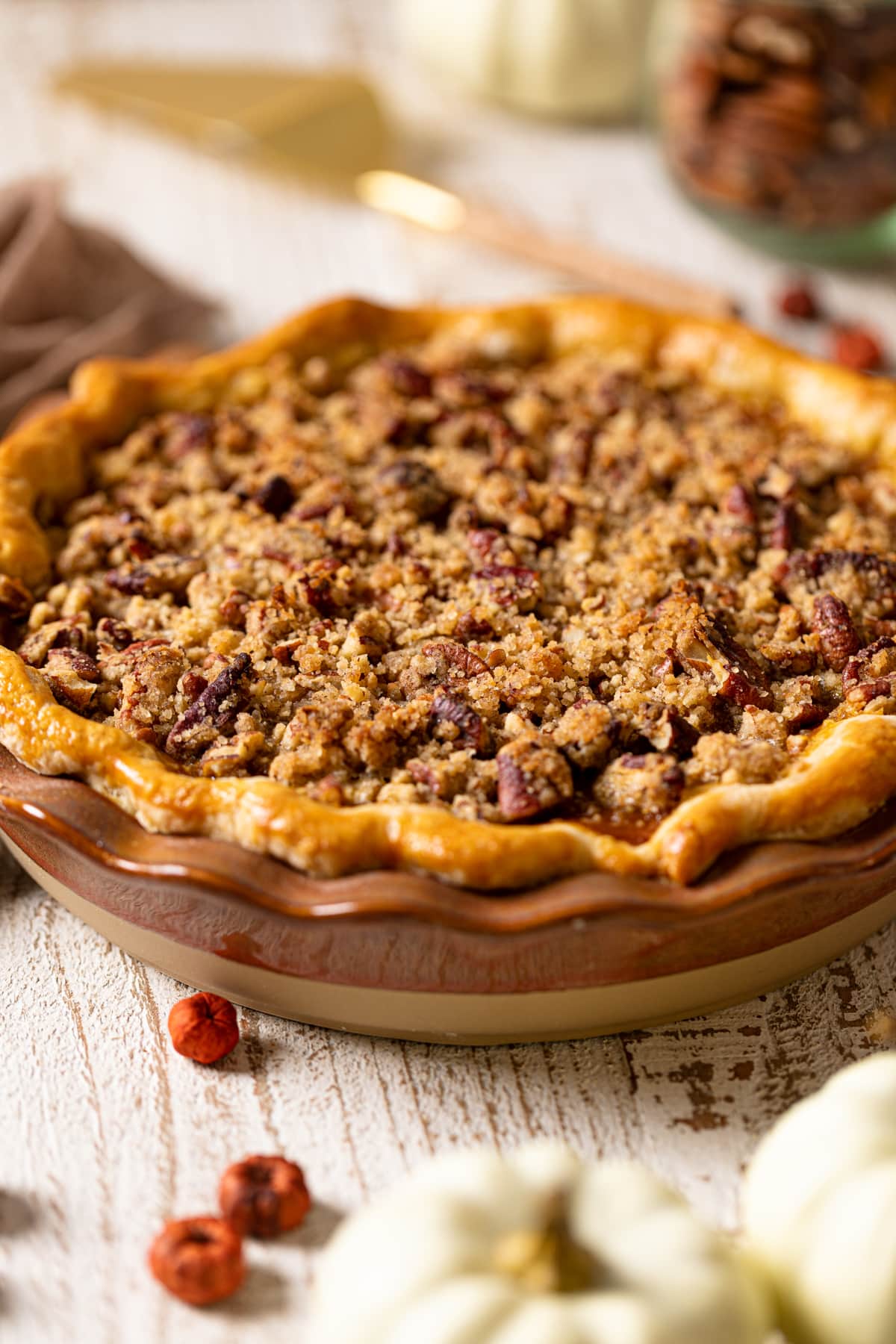 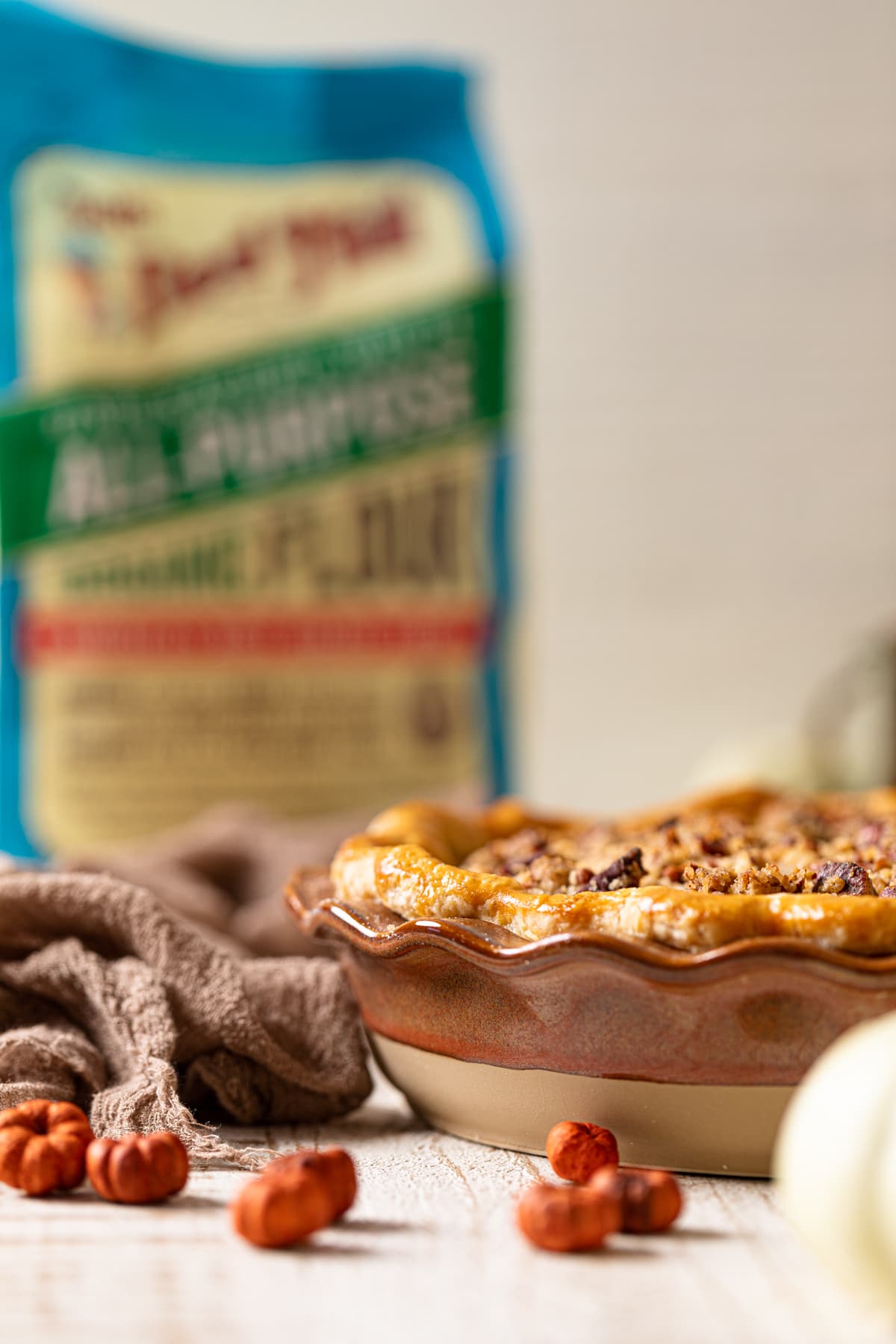 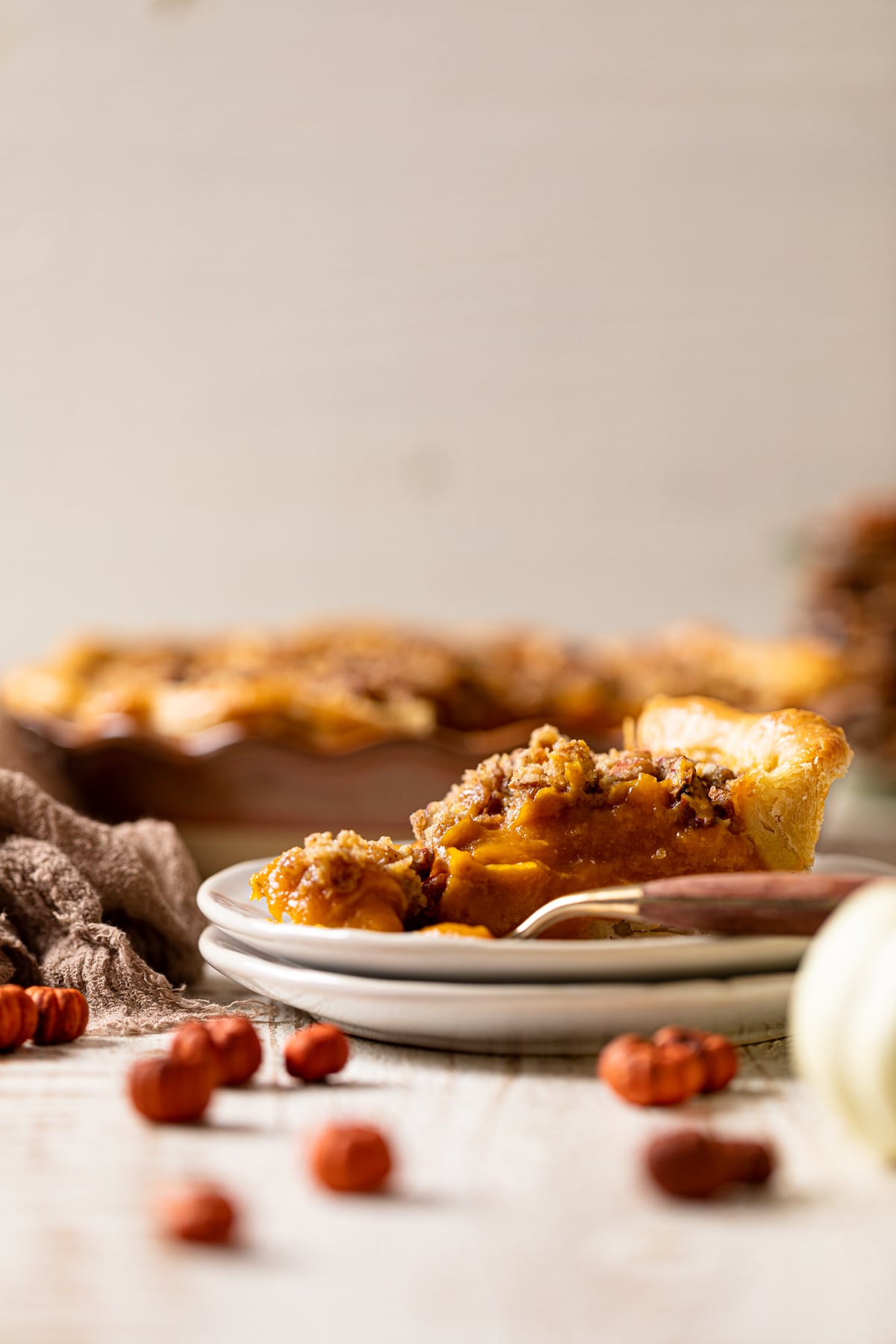 If you make this Maple Vegan Pumpkin Pie or any other recipe from us, be sure to tag us on Instagram at #Orchidsandsweettea so that we can share the love! 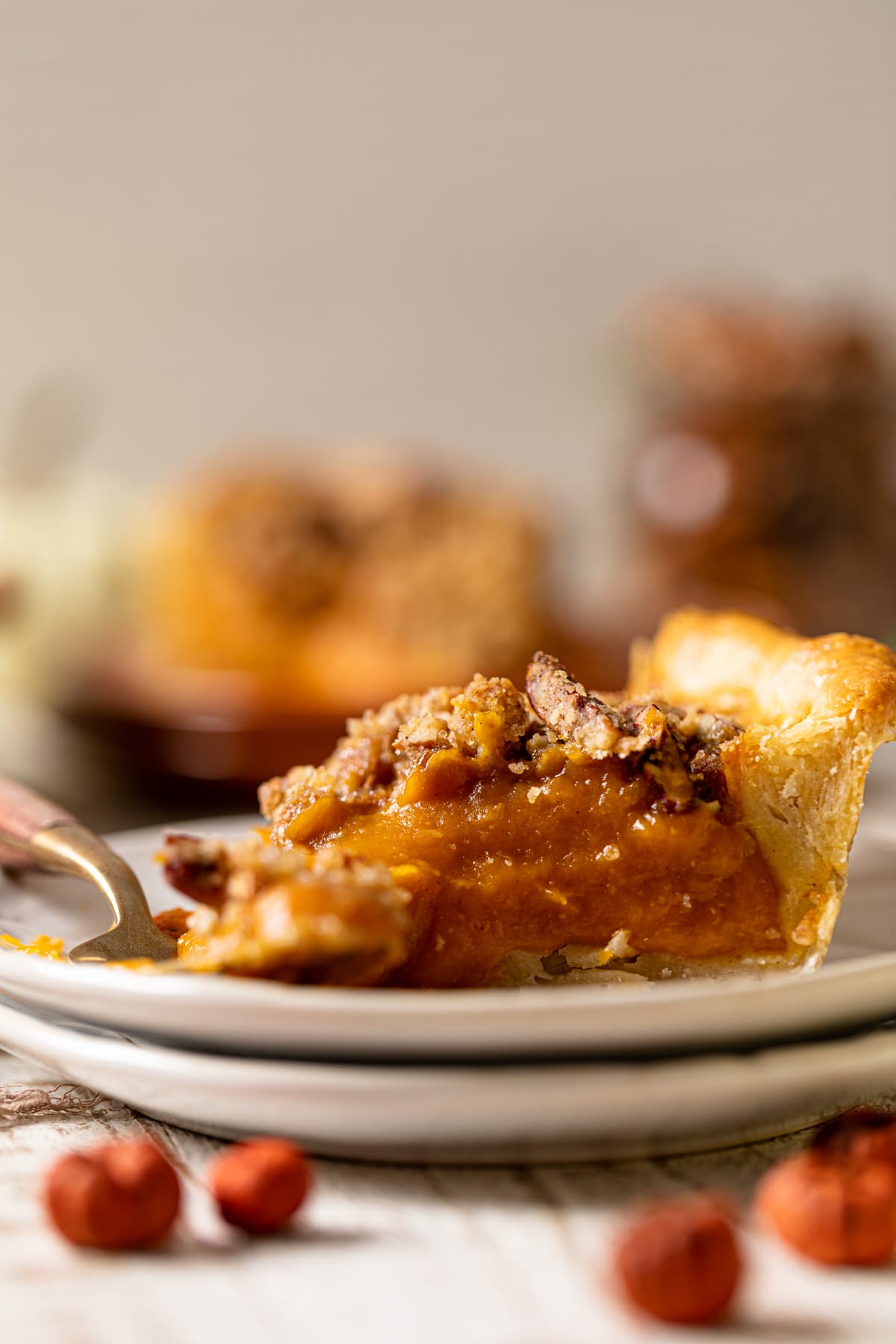 TO MAKE THE CRUMBLE TOPPING: 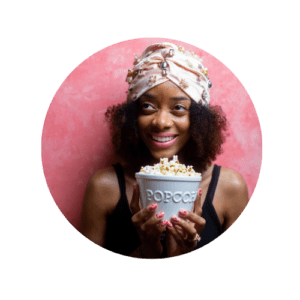 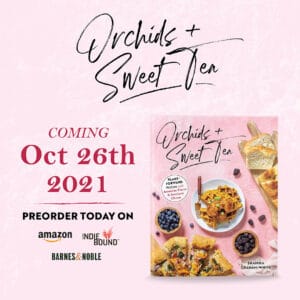 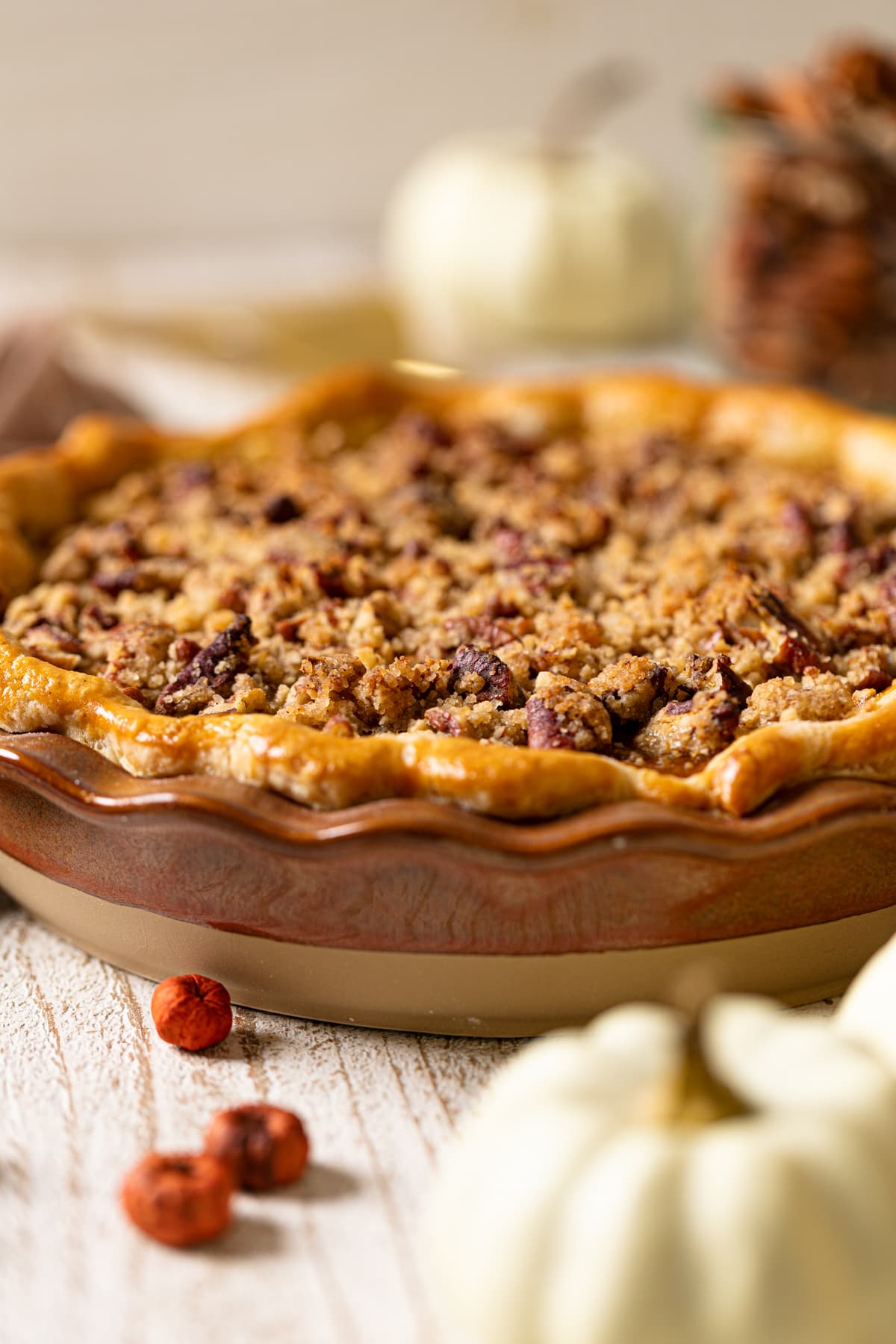