Home » Lifestyle » Common Vegan Baking Substitutes + How to Use Them

•
Lifestyle - Food Hacks - Nutrition
There a lot of vegan baking substitutes out there, but it's not always easy to know how to use them. After crafting hundreds of vegan recipes, I thought it would be a good idea to share some of my favorite ways to make even the best recipes taste just as good vegan.

Common Vegan Baking Substitute Ingredients + How to Use Them—I can now happily say that there are a lot of vegan baking substitute ingredients out there. A few decades ago, buying milk replacement only meant soy milk and vegan butter meant margarine. Today, there are so many different ways to make vegan baked goods just as delicious (or better!) as their non-vegan counterparts.

And while I would rather have lots of incredible options than a few mediocre ones, having a lot of options can make things a little more confusing. Using coconut cream as a milk replacement in a muffin recipe won’t turn out the same as using almond milk for the same job. After developing hundreds of vegan baked goods, I decided it would be fun to share some common vegan baking substitute ingredients and how to use them.

So whether you’re exploring the vegan lifestyle or simply trying to cut down on your consumption of animal products, this thorough guide will take you through everything you need to know about baking as a vegan so let’s get started! 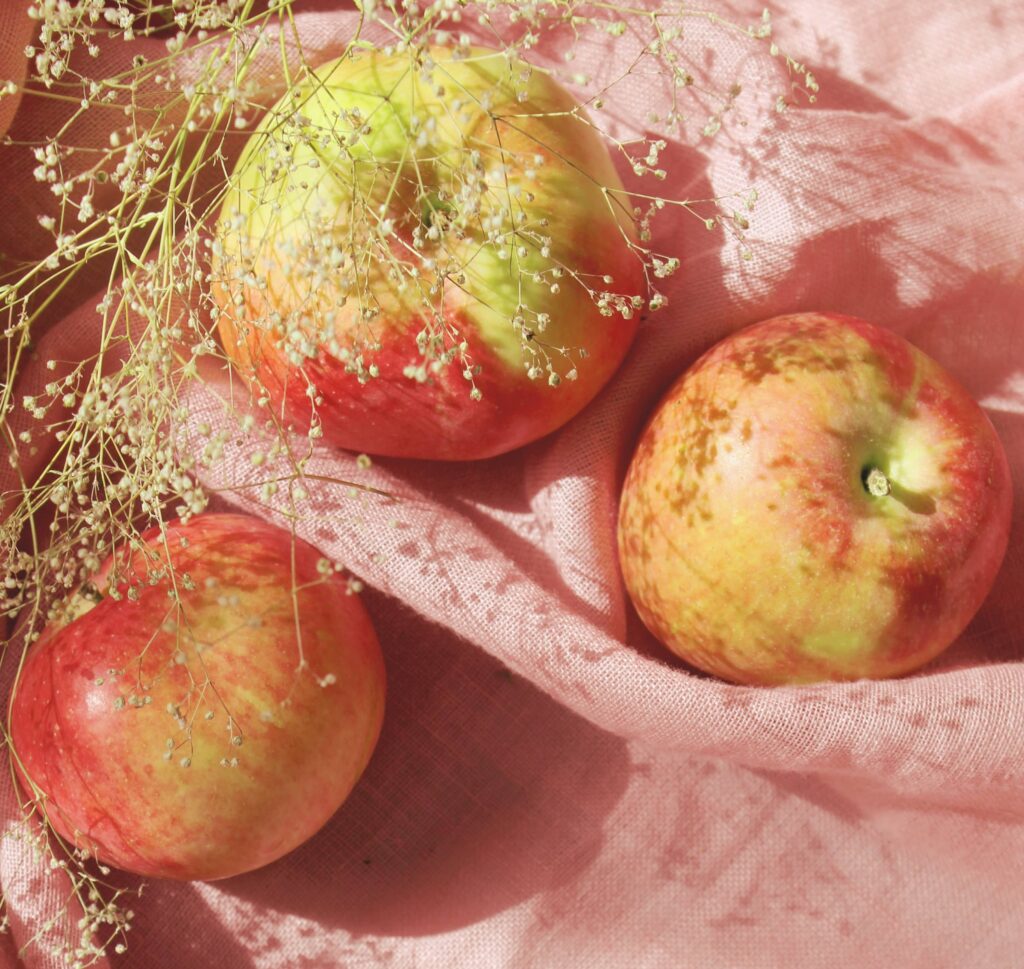 Many might argue that butter is the hardest thing to give up when going dairy-free. It’s difficult to find a replacement for its soft, creamy flavor, but it’s definitely possible. This is especially true when you’re using butter in a recipe and not as a spread. You might just be surprised how a dairy-free replacement can take a recipe you’ve been using for years to the next level.

If you’ve ever tried an olive oil cake, you’ll know they have an incredibly moist texture that almost can’t be beat. (P.S. If you haven’t given it a try yet, I would definitely recommend my Orange Olive Oil Mini Bundt Cakes.)

But, cooking oils have long been used to create a moist texture. This is because cooking oils stay liquid at room temperature while butter solidifies. Your brownies might be warm and gooey straight out of the oven with butter, but they’ll stay that way with cooking oils. Since they stay in liquid form, they make any baked good feel more moist.

But not all cooking oils are created equal. All cooking oils contain different amounts of certain nutrients, and fats, which means some might be better for your cooking needs than others. In general, extra virgin olive oil is a pretty safe choice. Extra virgin olive oil contains monounsaturated fats and some polyunsaturated fatty acid, which are shown to be good for heart health.

The only thing to be aware of is that olive oil has a smoke point that ranges between 350 and 410 degrees Fahrenheit. When an oil reaches it smoke point, it loses some of its flavor and nutrients and releases free radicals. So, if you’re cooking something at a really high heat, olive oil isn’t your best choice.

Coconut oil can be a good vegan baking substitute when used in moderation, especially for its tropical flavor. It also has a smoke point of 350 degrees and is mostly composed of saturated fat. Depending on who you ask, this isn’t always a bad thing, but maybe shouldn’t be your go-to for every recipe.

Vegetable oils tend to be highly processed. Though they’re not necessarily bad for you, these should probably be your last choice, if possible. Canola oil can be a good option because of its high smoke point and its monounsaturated fats and polyunsaturated fats. Just be aware that it is one of the market’s more processed oils.

Along with extra virgin olive oil, avocado oil is one of the best oils you can use while cooking. It has a smoke point of 520 degrees Fahrenheit and contains both monounsaturated and polyunsaturated fatty acids as well as vitamin E.

Overall, cooking oil makes a great butter substitute when making moist, tender recipes like cakes, bread, and muffins. You won’t want to use it in any recipe that requires creaming butter with sugar. You’ll also want to avoid using it in something flaky like a pastry because it will rise proportionally to the amount of solid fat in it. Oil has no solid fat, which is one of the reasons why you can’t use oil when trying to make something like a flaky pie crust.

Depending on your recipe, you usually need to use about three-quarters cup of oil to one cup of butter.

Apple sauce can be a great vegan baking substitute for butter in baked goods. It makes an especially wonderful replacement for butter in things like muffins and breads. I prefer to use unsweetened apple sauce because it won’t throw off your sugar content as much. When you’re replacing butter for applesauce in something like a cake, it’s a good idea to use about half the amount of apple sauce as you would use butter.

Apple sauce can change the texture of certain baked goods so you might have to do a little experimenting. When baking something denser, like bread, you can add an equal amount of apple sauce to butter, depending on the recipe. In my Vegan Apple Cinnamon Crumble Bread, I use some vegan butter, but I also added some apple puree for some extra moisture and a more complex taste.

When fall comes around, pumpkin puree might be one of my favorite additions to my vegan recipes. It’s not too sweet and has just the perfect amount of creaminess to make a great butter replacement. Pumpkin puree can be used to replace oil at at 1:1 ratio and to replace butter at a 3:4 ratio. I mixed pumpkin puree and a little bit of coconut oil to create the best Vegan Pumpkin Spice Waffles. You can use pumpkin puree in a variety of recipes including pies, cupcakes, breads, and cookies.

Nowadays when walking through any health food store, you’ll find a lot of vegan butter options. Earth Balance and Mykonos Kitchen are both great choices, but you can try a few and see which one works best for you. Unlike oils, dairy-free butters can be used in lighter recipes like cookies, pastries, and pies. Since it has a similar composition to butter, you don’t have to worry so much about how you use this butter replacement. Also unlike oils, non-dairy butters have solid fats so they can be used to create a flakier feel in certain recipes. 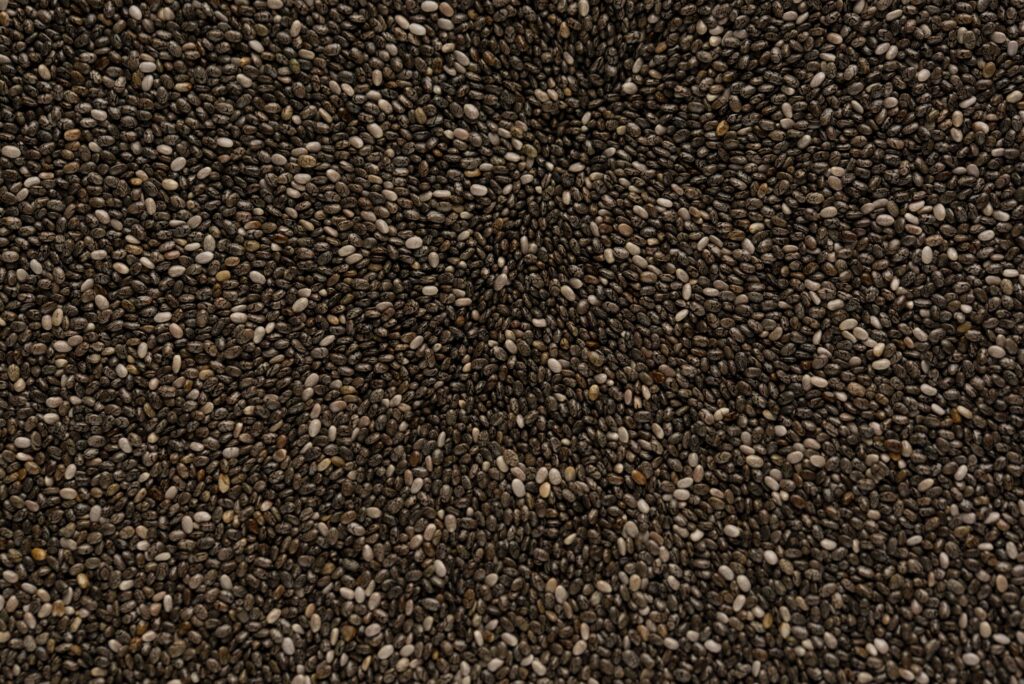 There are some recipes where eggs can be pretty hard to replace. It’s hard to mimic the eggy texture in something like a quiche or French toast. But, while baking, there are a few vegan alternatives for egg. Most of them also provide some pretty great health benefits so it’s a win-win if you ask me!

A flax egg is just about as simple as it sounds. You can make one by combining some ground flax seeds with a little bit of water and then letting it thicken in the fridge. The texture gets almost gluey, which makes it a great replacement for eggs. Since eggs are mostly used as a binder in recipes, the sticky texture of flax eggs will get the same job done. These work best in rich brownies, flavorful cookies, breads, and heavier cakes.

Flax seeds do have a pretty strong nutty flavor so they might throw off something with a more subtle flavor like vanilla cupcakes or cream pie. If you’re going to make something like these Vegan Chocolate Chip Pretzel Cookies you won’t notice their flavor as much.

This makes them a great binder in both sweet and savory recipes. You can use them as a binder when baking veggie burger patties or making a savory breakfast muffin. All you have to do is combine ground chia seeds and water to create this simple egg replacement!

Chia seeds also have a ton of health benefits. They have been shown to reduce chronic inflammation and increase antioxidants, but you can learn more about chia seed benefits here.

If you’ve ever cooked with canned chickpeas, you’ve probably dumped out that thick liquid that helps keep the chickpeas moist and fresh. It’s likely that you never thought the stuff was good for anything except to be dumped down the kitchen sink. But, it actually makes an incredible vegan baking substitute for egg.

In fact, it’s the secret ingredient in my Easy Fluffy Vegan Brioche Bread. To utilize aquafaba (which means bean water) all you have to do it whip it up a little. Aquafaba can be used to replace egg whites in almost any recipe as well as eggs in baked goods.

One tablespoon of aquafaba is equal to about one egg white, while three tablespoons is equal to a whole egg. When using it to replace a whole egg in baked goods, you just have to whip it until it gets a little foamy. It should be bubbly and have a slightly lighter color. For egg whites, whip it for 10-15 minutes or until it is thick and white with high peaks. 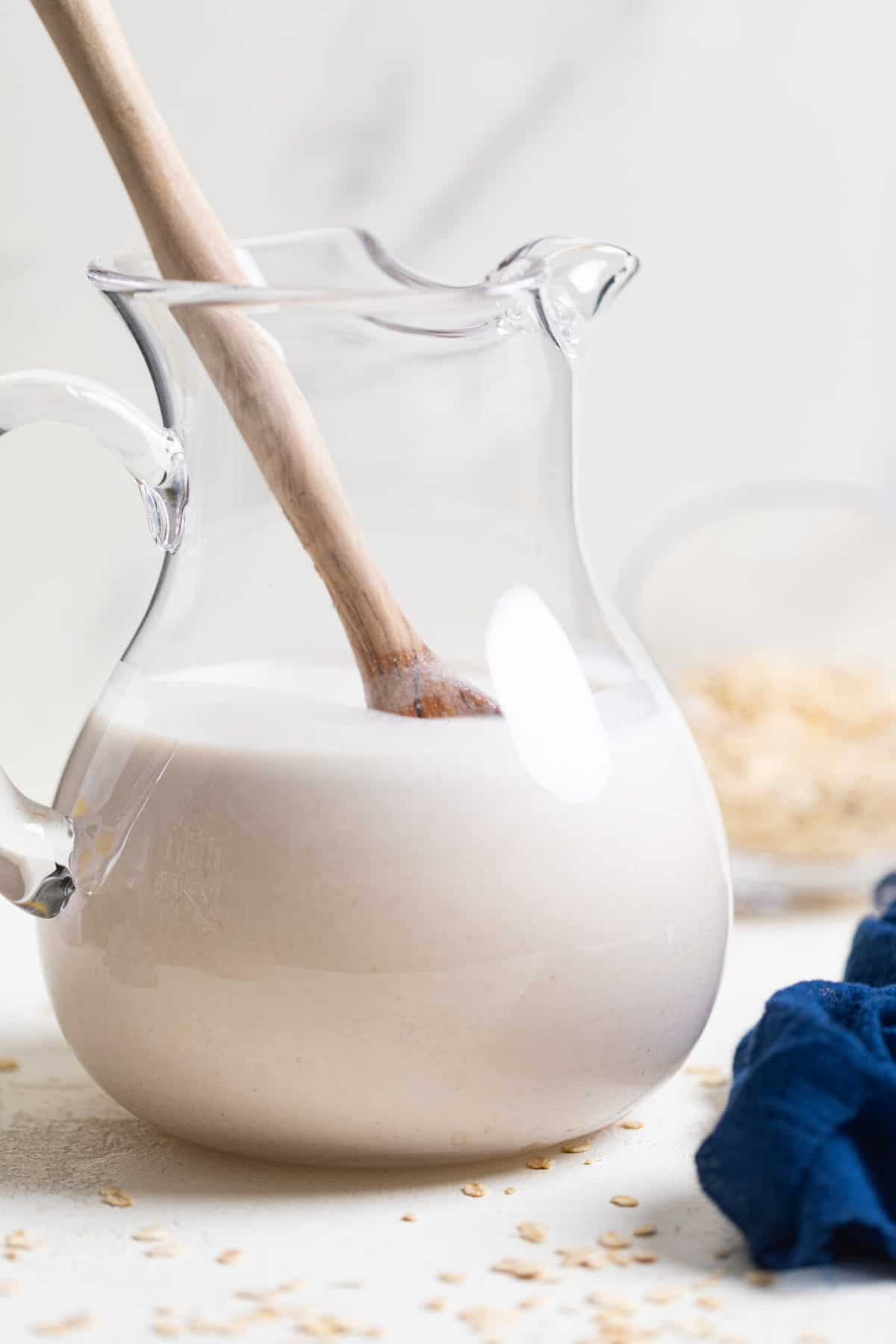 It is starting to feel like every year there is a new non-dairy milk on the market. But, hey, I’m not complaining. Each non-dairy milk has its specific use and I love being able to try out the different kinds. I have enjoyed soy milk for a while now, but each different non-dairy milk can create a different outcome in a recipe.

For example, oat milk is thick and creamy, which makes it a great replacement for whole cow’s milk. But, it does usually come with more sugar than other non-dairy milks, which means it might not be the best for any savory baked goods. You should also avoid oat milk (and most non-dairy milks) in things like mousses which require heavy cream, as well as custards. Non-dairy milk might keep the gelatin from setting correctly.

But oat milk gets pretty close to the taste and texture of cow’s milk so it can make a great option in most cakes and cookies! It’s also really easy to make and can be a good way to avoid any extra sugar you mind find in store-bought oat milk. You can check out my Ultra Creamy Homemade Oat Milk Recipe here.

Almond milk is on the lighter side and has a nutty flavor that works really well in cookies and breads. It makes a good replacement for both 2% and whole milk. Just be careful because recipes tend to cook more quickly when you’re using almond milk instead of whole milk. This happens because there is more water in almond milk, which can cause baked goods to rise and set more quickly.

Coconut milk can also make a nice replacement for milk in any vegan baking recipes. Due to its stronger flavor, you just need to be sure it won’t interfere with any of your other flavors. Coconut cream also makes a great substitute for heavy cream in a lot of recipes. It can even be used to make vegan whipped cream.

I hope you enjoyed learning about some common vegan baking substitutes as much as I love using them in my plant-forward recipes. Happy baking! 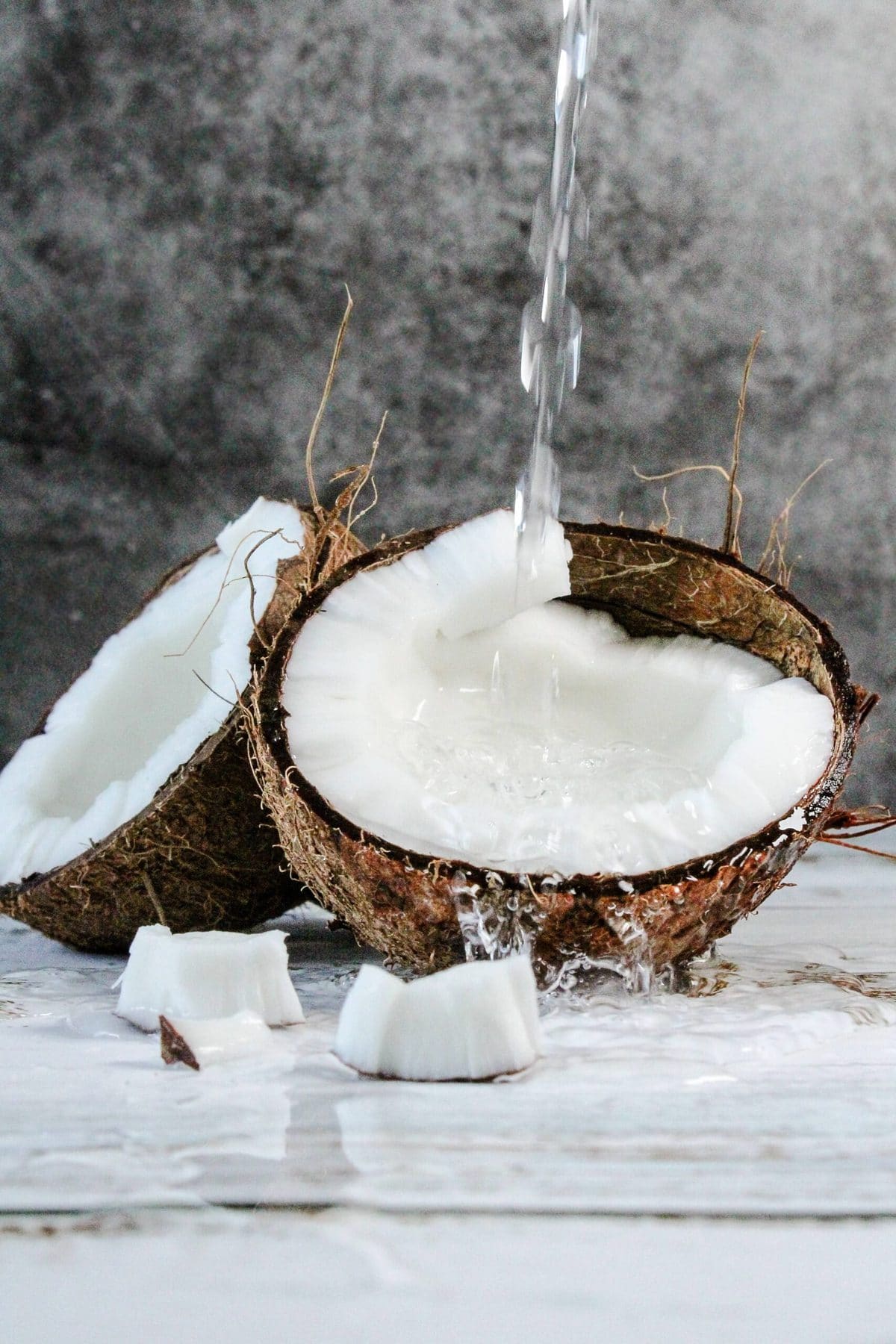